Ongoing since 1999, this project consists in inviting to Japan photographers who are working in Europe to record for posterity images of the various prefectures of Japan on the theme of contemporary Japanese people and how they live their lives. Artistic director of the project is Mikiko Kikuta.  This collection will prove an opportunity for Japanese to reacquaint themselves with aspects of their daily lives that they have tended to overlook and for Europeans to deepen their understanding of Japan and become more familiar with the distant presence of the distant Far Eastern country.

The photographs shot in various locations around Japan are collected the following year in the “European Eyes on Japan” publications and in exhibitions featured in cities throughout Japan and the European Capital of Culture. Works that have completed the exhibition circuit are then donated to their prefectures of origin as part of the cultural heritage of their later generations.

The project is carried out every year, with the intent that all 47 Japanese prefectures ultimately be photographed.

In 2019 this project is realized through collaborations between Plovdiv and Matera – European Capitals of Culture 2019 and Tochigi prefecture.

The selected photographers are Vladimir Pekov from Plovdiv and Alessia Rollo from Matera. The residence in Japan was in March/April 2019. Exhibitions were held in Matera - June/August and in Plovdiv in November/October 2019. The Japanese exposition will be held in 2020.

Working hours: From Tuesday to Sunday from 11 till 19 h

The event in FB: https://www.facebook.com

In Matera the exhibition was from the 21 July till the 20 August 2019 in Church of Santa Maria de Armenis.

Additional information in English and Bulgarian languages you can read here

The project is part of the FOCUS: Japanese Culture Programme, which is implemented in partnership with the EU-Japan Fest Foundation. More about the project here. Photo gallery here. 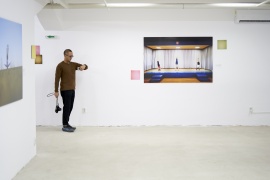 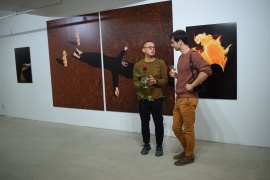