WORLD ARTISTS PERFORM IN MEMORY OF KAMEN CHANEV IN PLOVDIV 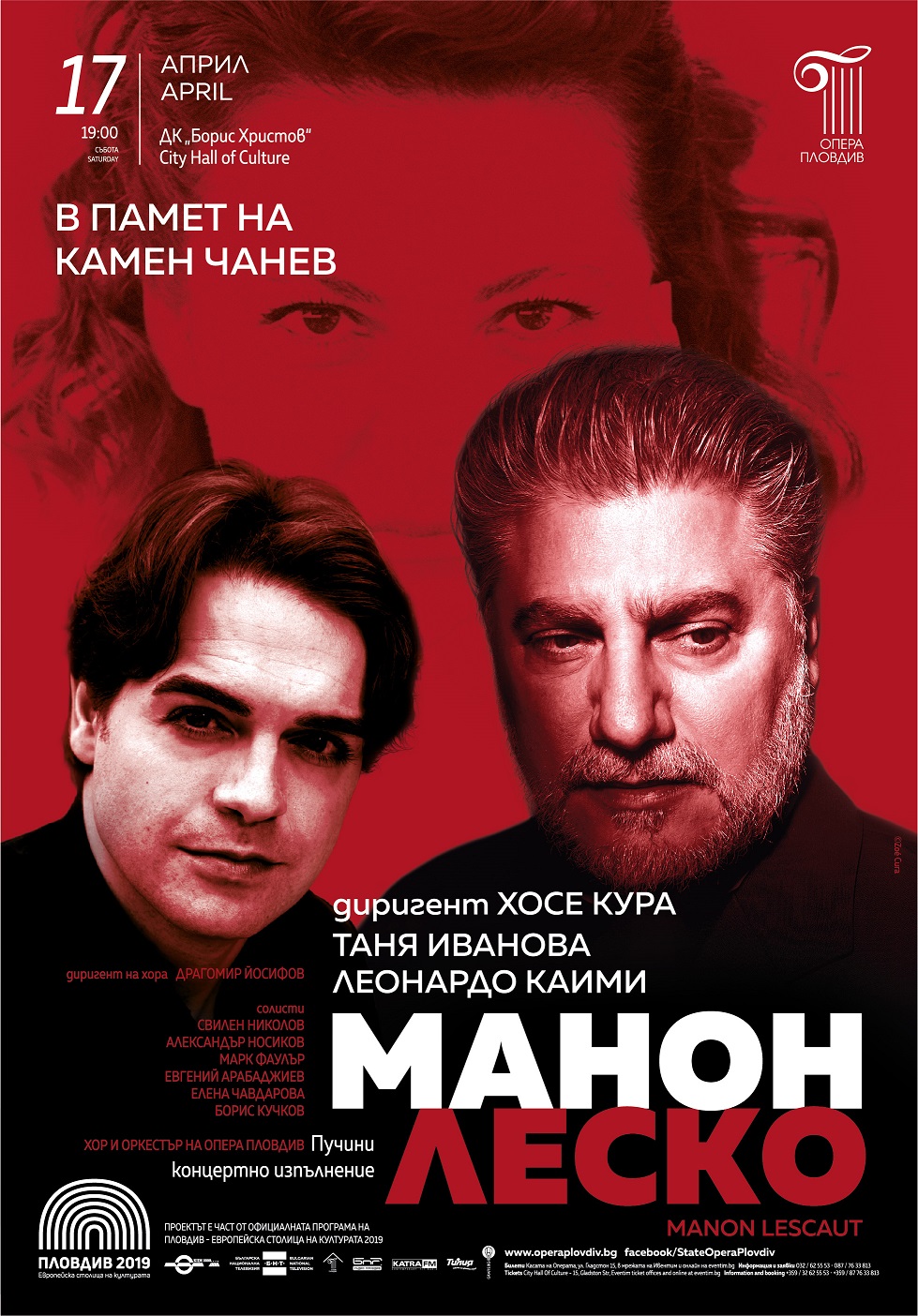 "Manon Lescaut“ is a project which preparation for April 2021 began in the midst of a pandemic. It shows a concert performance of Puccini’s opera with the debut of the talented soprano Tanya Ivanova in the role of Manon and with the important part of Kamen Chanev, for whom we deeply grieve.

At this difficult time, a world artist with a big heart - José Cura supports Tanya Ivanova by accepting the invitation of Opera Plovdiv to complete the project and to inspire courage and hope to all opera performers and fans. The Argentine tenor, who began his career as an orchestra conductor, will take the lead of the Puccini’s concert on April 17th at the Opera Plovdiv. José Cura and Tanya Ivanova have been already partners on the opera "Othello" at the Ancient Theater in 2019.

The project also includes the tenor with a career at La Scala, Covent Garden Opera, the Salzburg Festival - LEONARDO CAIMI. His name is on the billboards of opera theatres in Madrid, Naples, Munich, Berlin, Buenos Aires and in the programme of the Puccini Festival in Torre del Lago.

Years ago, Leonardo Caimi attended the participation of Kamen Chanev in "Manon Lescaut" at the Vienna Opera. He passionately agreed to sing in Plovdiv in memory of his colleague and friend, despite the epidemic restrictions.

The soloists Svilen Nikolov, Alexander Nosikov, Momchil Karaivanov, Evgenii Arabadzhiev, Elena Chavdarova - Isa, Boris Kuchkov, etc., with the Orchestra and Choir of the Plovdiv Opera, also take part in the performance of "Manon Lescaut". The orchestra conductor is Dragomir Yosifov.
Few will have the opportunity to enjoy the exciting music project created by friends for friends, due to the 30% audience capacity limit. For this reason, the two world opera artists agreed to hold the general rehearsal on April 15th with an audience as well. Tickets for both dates – the general rehearsal with an audience on 15.04 and concert performance of "Manon Lescaut" on 17.04 on sale at EVENTIM ticket offices and online from eventim.bg.

José Cura also confirmed his principled participation to direct the opera "Manon Lescaut" whitin the programme of OPERA OPEN 2022 at the Ancient Theater.

The concert performance of Puccini's opera with conductor José Cura and with the participation of
the tenor Leonardo Caimi is another event in the cycle "World Artists" of OPERA OPEN 2021, part of the Legacy programme of Plovdiv - European Capital of Culture 2019.

WORLD ARTISTS PERFORM IN MEMORY OF KAMEN CHANEV IN PLOVDIV

José Cura, Leonardo Caimi and Tanya Ivanova in a concert performance of the opera "Manon Lescaut" by Puccini in memory of Kamen Chanev 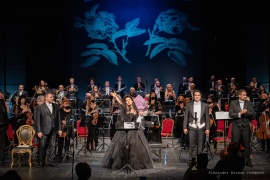 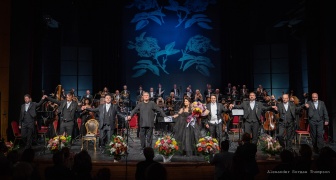