Pulsing Hills is a project consisting of three components, each of which builds on the previous one and is an idea of ​​Todor Karagyaurov, part of the LEGACY programme of Plovdiv - European Capital of Culture.

The film is an unadulterated meeting of musical epochs. The film traces the connection between Toma and the music from the earliest childhood of the hero. In addition, the viewer will have the opportunity to experience the contemporary Plovdiv festival scene through the senses and sensibilities of Toma Sprostranov - the man who "brought" Western music to Bulgaria and formed the musical tastes of generations of Bulgarians with his cult series "Pulsing Notes" and "Curious Staves".

As part of the documentary, Toma Sprostranov attends concerts of contemporary performers on the Plovdiv stage, with a focus on major music events on the calendar of the LEGACY programme of Plovdiv - European Capital of Culture, such as - Music Daze, Wrong fest, and others. There, he takes the challenge of finding his favorites among contemporary artists and arranging them in a selection similar to his legendary "Pulsing Notes" chart.

The meeting of the colorful contemporary music scene with the original and unique musical curiosity of Toma Sprostranov is a guarantee for an intriguing documentary film story.

is an author's musical selection by Toma Sprostranov. It includes the bands and performers from the Plovdiv festival life in 2021, who made the strongest impression on the protagonist in the film. The selection will be promoted at a special event and subsequently widely promoted.

Details about the project can be found HERE. 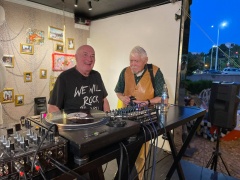 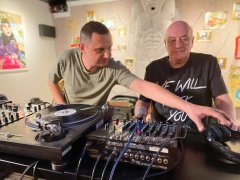 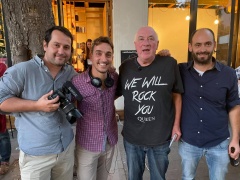