The second issue of Maina Town magazine - bigger, nicer, richer, in many more locations, more inspiring - so much so that it brings with it "Sofia Fantasy"

September in Plovdiv comes also with the new issue of the magazine Maina Town, the latest gift from and to the 'city under the hills'. The successful, fun, and multifaceted upgrade of Plovdiv Fantasy in its second issue is on 32 pages and tells readers about th life in the city and its impressive inhabitants.

The magazine continues to be distributed free of charge /both in digital format and on paper/, and in issue 2 one would find the new column 'Faces of Maina Town' - starting with guest Shihan Valeri Dimitrov. Available also is a special interview with the popular and beloved Plovdiv group Kerana and the Cosmonauts, part of the series "Maina Vibes" - dedicated to the urban music culture. The comics edition continues its role as a unique guide for every visitor who wants to feel and immerse themselves in what is known as the Plovdiv way of life.

The premiere of the second issue of the magazine is on September 18, in front of the Post Bar Plovdiv, where the 6th birthday of the team of Main Town will also be marked. And since it is a birthday, "5 for 4" Ltd. and Plovdiv give Sofia a new comic book edition, which will be distributed in the capital from the fall of 2021. Its name is 'Sofia Fantasy'.

The second issue of Maina Town magazine will be available at over 30 locations in the city, including Mall Plovdiv, which has become a special partner of the publication and a supporter in communicating with audiences. On September 11 in Mall Plovdiv, the fans of the magazine will be able to get 1000 pre-premiere copies of the second issue of the magazine.

Maina Town Magazine is part of the Legacy Programme of Plovdiv 2019, and you can read more about the project HERE. 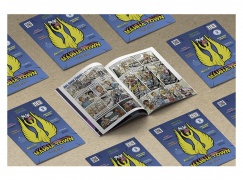 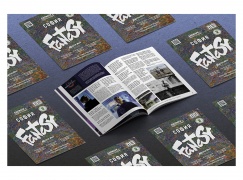 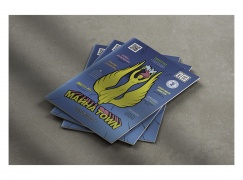