The legendary Armin Van Buuren in Plovdiv on July 16

In the middle of the summer the creators of the most successful electronic music festivals SOLAR with the support of FEST TEAM and as part of Plovdiv 2019 present: SOLAR PLOVDIV 2022. The five-time winner of the title of best DJ in the world and a favorite of the Bulgarian audience Armin Van Buuren is the star of the first edition of SOLAR PLOVDIV 2022. 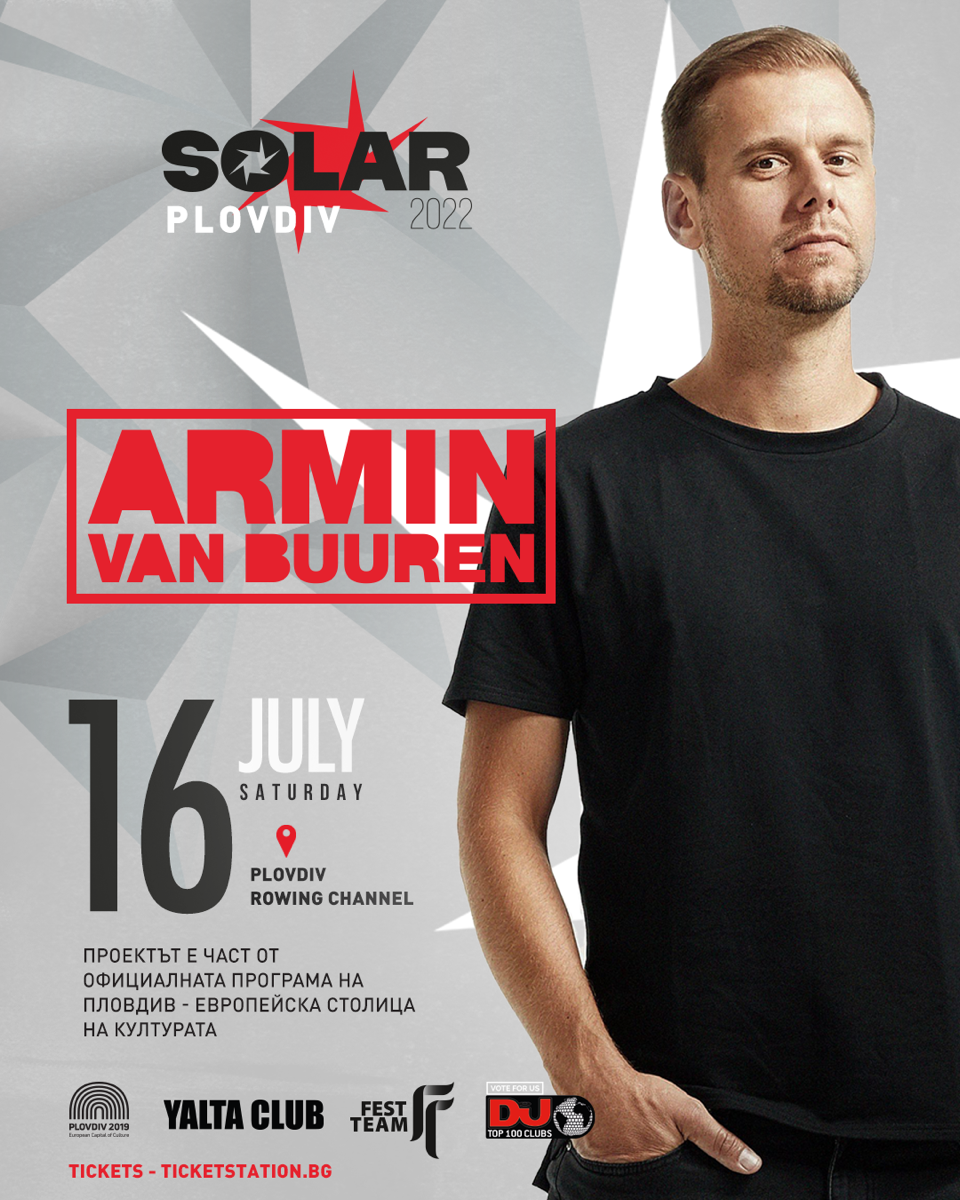 Born in the Netherlands, Armin has been fascinated by electronic sounds since he was a child, and at the age of 14 he started making music. Over the years, he has worked with artists such as Nadia Ali, Justine Suissa and Gabriel & Dresden, as well as some of the biggest names among DJs such as Tiesto and Fedde Le Grand. His show A State of Trance won the awards for "Best Radio Show", and Armin himself was named DJ number 1 in the DJ MAG Top 100 five times! His numerous appearances include places such as Ushuaïa Ibiza Beach Hotel, Hï Ibiza Club and many others and festivals such as Tomorrowland (Belgium), Electric Daisy Carnival (Las Vegas, New York), Untold Festival (Romania), Ultra Music Festival (Miami) and events around the world. Armin Van Buuren comes to Plovdiv to do what he does best - to make people have fun in an inimitable way.

Tickets for SOLAR Plovdiv are on sale at Ticketstation from Wednesday, March 2 and are priced from BGN 80 to BGN 120.

More information can be found in the event on Facebook, as well as on festteam.bg and yaltaclub.com.

The project is part of the LEGACY programme of Plovdiv - European Capital of Culture.