Sonata 57 - a project homage to the greats in music! This is how one of the last creative ideas of the composer Milcho Leviev can be described, which gave rise to the creation of original arrangements for voice and chamber instrumental formations on themes from emblematic works of Bartok, Chopin, Vladigerov, Ravel, Villa-Lobos, Tchaikovsky, Rachmaninoff ...

In fact, his idea, realized posthumously in the album Sonata 57, is not unexpected. He used to remind us that music comes from music. His words always hinted, somewhat jokingly, at that particular aspect of dialogue in music, about that relentless conversation with past musical events woven into the nature of free music. They also hinted at turning "familiar music" into a new work, which, at least in jazz, is often an expression of creative co-authorship. True, co-authorship in this case, carried out with the help of virtual communication, brings unusual prospects.

The individual parts of the songs on the album, "submitted" during the Maestro's lifetime, are the work of more than 40 famous artists, all his friends, and supporters, residing in different parts of the world, who have forever marked contemporary music with their talent. The final work on their recordings was carried out in Plovdiv by a team of Valeri Kostov. The unifying accent in the plays - the voice of Vicky Almazidou - seems to complement and breathe new life into our vivid memories of the cosmopolitan spirit of the musician and man Milcho Leviev. 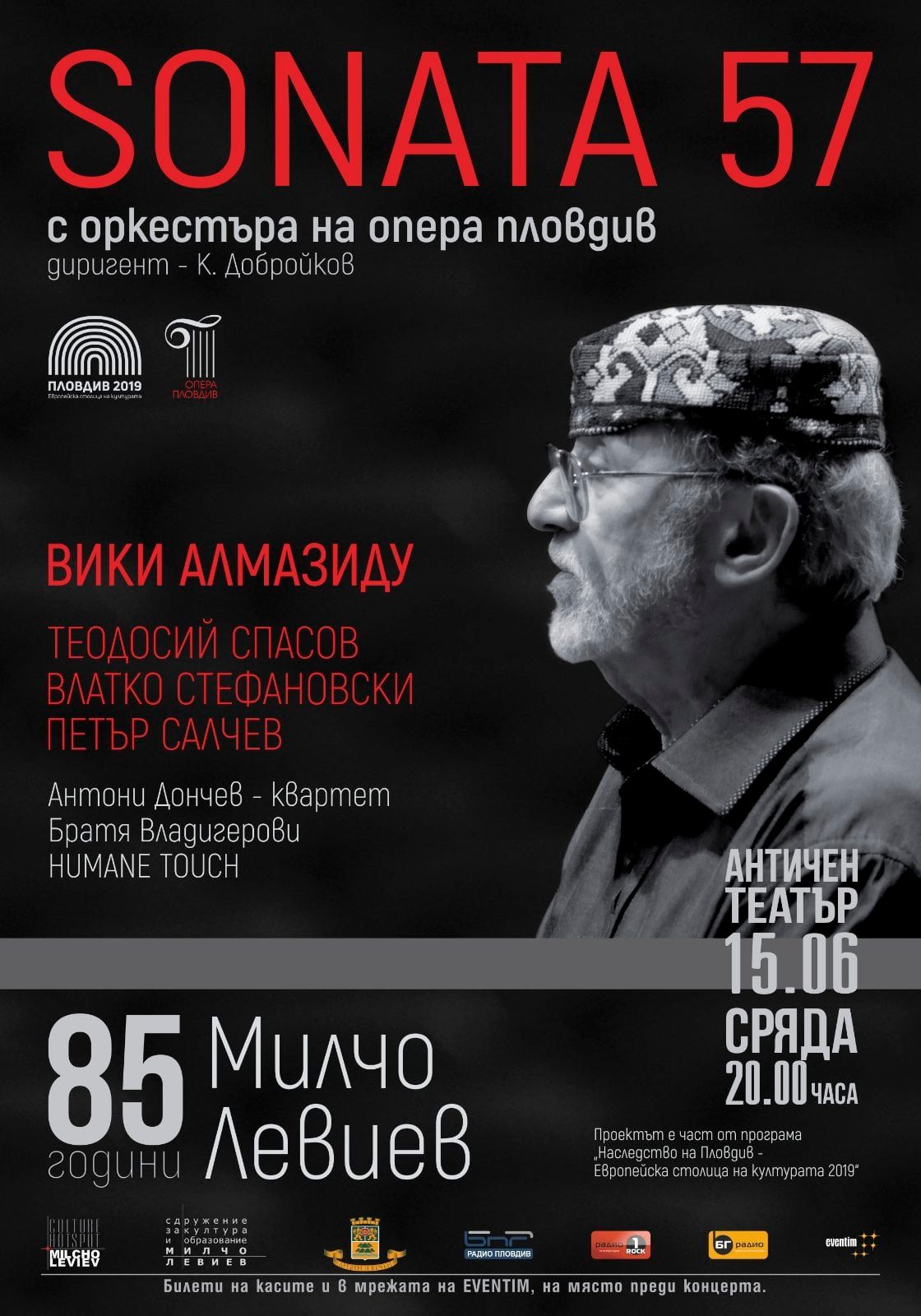 The project is an idea of Association for Culture and Education M. Leviev and is part of the Legacy Programme of Plovdiv - European Capital of Culture 2019.

THE 85th ANNIVERSARY OF MILCHO LEVIEV!