Explore Bulgaria is back on National Geographic with its fifth season. This year's edition is dedicated to Plovdiv, the city that hosts the European Capital of Culture title in 2019. The new season's premiere is on 5 June (9:30pm). The series will be broadcast alongside productions from around the world and, like the previous editions, will show the beautiful face of Bulgaria. This time round, the focus will be the magic of Plovdiv.

The new season follows the framework of urban expedition in a city full of archaeological, cultural, contemporary and somewhat forgotten surprises. The popular journalist and blogger Dragomir Simeonov will be presenter and guide for a second year running. This time round his adventurous spirit will take him in the stunning embraces of Bulgaria's second-largest city, which, as European Capital of Culture in 2019, is offering unforgettable experiences to thousands of visitors from the world over. Culture will be following Drago along his entire journey around the multi-coloured city.

Explore Bulgaria’s fifth edition comes in six episodes, each of them exploring a different subject. Assisted by experts and locals, Mr Simeonov will take us through landmark places and back in time. He will lead us to the emblematic Maritsa River and will direct our attention at known and less familiar facts about the city's history; he will show us the rich culture and household environment of the beautiful City of the Hills and will bring us closer to its antique charm and modern feel.

Drago will be visiting cultural landmarks, houses of prayer; he will taste the rich variety of art and will take a bird’s eye view of the city.

Follow Drago's city adventure in the new episodes of Explore Bulgaria: Plovdiv. The series kicks off on National Geographic on 5 June.

A project of National Geographic in partnership with the AGITPROP producers. 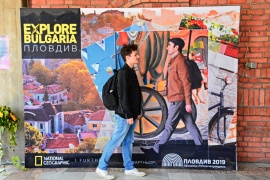 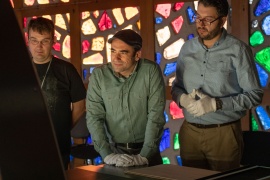