Over 30 cultural and educational initiatives for children are included in the first edition of the Children's Fair in Stolipinovo in Plovdiv, which will be held on September 5 and 6 in the yard of "Kiril Nektariev" school in the district. The organizer of the event is the Easyart Foundation with the support of the Plovdiv 2019 European Capital of Culture. All initiatives are free and will continue throughout the weekend from 10.00 to 18.00.

"We decided to make a Children's Fair in Stolipinovo, because the neighborhood is full of children who live quite isolated, but like everyone else need access to various cultural and educational initiatives. It is an exceptional opportunity for us to make the event right here in the hope that we will be able to involve children in the world of art. We hope that the fair will attract visitors from both the neighborhood and the whole of Plovdiv and thus create an opportunity for a bridge between the children in the city and a first step for more serious communication and interaction between them in the future. We are sure that we will find dozens of future artists, architects and musicians and we will try to ignite them with the idea of ​​looking for art in their lives "- said Stanka Zheleva, President of the Easyart Foundation.

For children who are interested in art, there will be dozens of workshops, among which stained glass, architecture, sand painting, felting and pottery. There will be a special studio dedicated to the cultural and historical heritage of Plovdiv with opportunity for making mosaics with fragments of Roman mosaics found in the Great Basilica in Plovdiv. The organizers have also prepared an attractive programme for the stage - musical and theatrical performances, dances and games for the little ones. Especially for the event, a real fire-fighters’ vehicle will be shown, on which the kids will be able to get on and feel the excitement, taking on the role of real firefighters.

The Children's Fair started eight years ago with the support of the America for Bulgaria Foundation, and so far over 40 events have been held in more than 15 cities. The fair is the city's first cultural festival for children and has become one of the most anticipated events for children. Its main goal is to introduce children to the world of art and culture by organizing creative art workshops, both outdoors and in cultural institutions (museums and galleries). The project is non-commercial and allows all interested children to participate absolutely free of charge in cultural and educational initiatives. 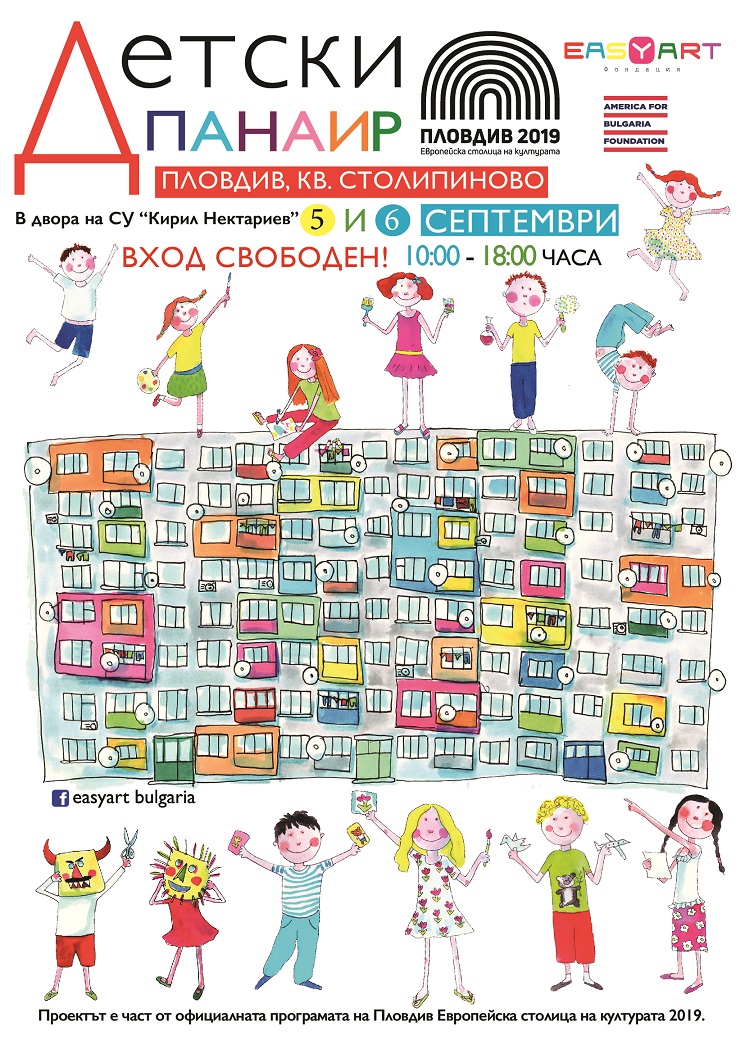