After the stunning success of the ODYSSEUS project, with which the Plovdiv Drama Theatre marked the programme of Plovdiv 2019, here is the continuation of the path of the travelling man in the world – “The Traveling Man. Silk“ project. The creative process provides an opportunity for Drama Theater Plovdiv to continue the thematic, philosophical and aesthetic pursuits that led to the creation of the work "Odysseus".

Premiere performances - 11th and 13th December 2021. On December 11 we mark 140 years since the founding of the first professional Bulgarian theater - Drama Theatre Plovdiv. We will celebrate the anniversary with the premiere of "Silk".

In Silk, based on the world-famous novel by Alessandro Barricho, the travelling man reaches out to the refined beauty through the only path known – self-sacrifice in love. The protagonist of the story comes out of the narrow world of trade, crosses the earth to be mesmerized by its beauty - the only means of civilizations that it is possible to cross time. In the empire of beauty, man discovers the true dimensions of his own spirit, realizes the cost of love and reconciliation. The great beauty of love as the endpoint and goal of human journey through life is the theme of this show. “Silk“ is a metaphor of human anxiety.

The platonic love story between the French silkworm trader Hervé and an unnamed girl living in Japanese possession unfolds the metaphor of the road as a link between different civilizations, raises the question of how compatible they can be at all, reveals radically opposite understandings of basic human categories such as success, profit, the purpose of existence, social subordination, modernity and tradition. But all the historical events marked in the play - the riots in Japan, the trial of Baudelaire's literary work "Flowers of Evil", the mooring of American ships that violated the centuries-old isolation of Japan, the transformation of the French peasantry into an industrial bourgeoisie - are invariably ruled. which conquers both Eastern and Western civilizations: inexplicable beauty.

Beauty and love are the unchanging dome under which human life passes, and it is they who give meaning to it. And while in the show "Odysseus" the road was a goal, a way to come to life, now it is a means for beauty to live, and through it - love.

The goal of the creative team is for the two performances to blend into each other, to create a remarkable semantic and aesthetic whole. For this purpose, the scenographic and costume design work went through complex searches, while forming a remarkable theatrical environment for the development of the action.

This art project of Plovdiv Drama Theatre is clear proof of the sustainability of the efforts made during the Plovdiv - European Capital of Culture 2019, builds on the established cultural base, engages new circles of audience. A distinctive feature of the project is its implementation by a local creative team. Idea, text, stage design, visual environment, music – all work of proven national artists working in Plovdiv. The project builds and develops the capacity of all employed artists and technical services in creating performances at European and world level. An effect especially important for the creative environment of our city. Sustainability in the high artistic level puts Plovdiv on the cultural map of Europe. “The Traveling Man. Silk“ aims to turn the theatre into a kind of theatre hub for teaching and exchanging ideas from theatergoers and students from all over Europe.

The project is a production of the Plovdiv Drama Theatre and is part of the Legacy programme of Plovdiv 2019. 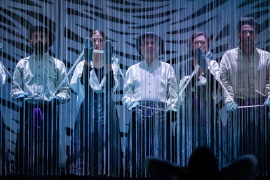 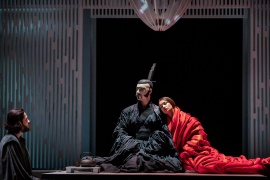 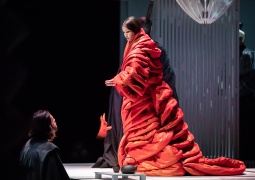 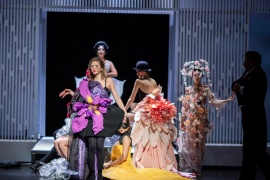 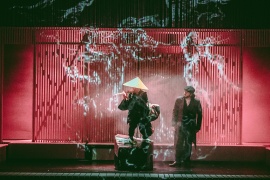 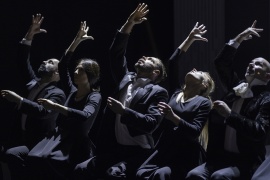 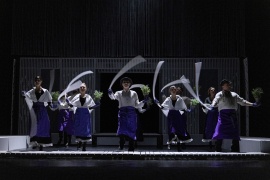 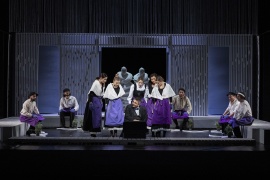 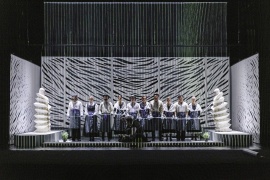 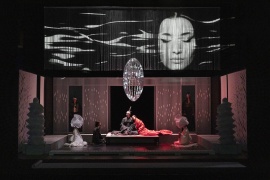 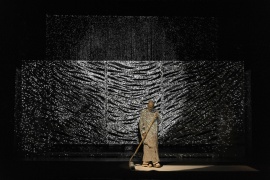 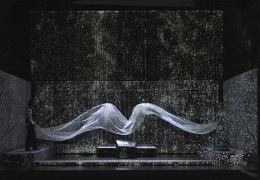 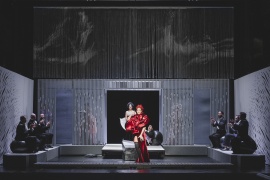 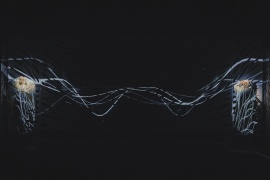 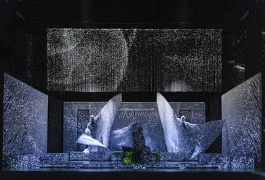