Another three great bands are now part of the biggest Bulgarian festival Hills of Rock 2018!

The Swedish heavy metal band SABATON will headline the first day of the festival! The Bulgarian fans of the band will have the opportunity to see and hear them live on July 20, 2018, at the Rowing Channel in Plovdiv with a unique show including amazing sound, stage effects, and pyrotechnics.

The Americans DOPE will be on the stage on July 21st just before JUDAS PRIEST.

The English band THE RAVEN AGE will replace ANTHRAX as a special guest at the IRON MAIDEN concert on July 22!

The HILLS OF ROCK 2018 festival is held for the second consecutive year as part of the Plovdiv - European Capital of Culture 2019 program.

Stay tuned for information on more artists becoming a part of this year's lineup.

SABATON, founded in Fallon, Sweden, has been among the most attractive bands part of major European festivals for years, playing in crowded stadiums before hundreds of thousands of fans. The band an incredible addition to SABATON's discography. The lyrics have always been an extremely important part of the band's work. Their classic hits 'Ghost Division', 'Uprising', 'Soldier Of 3 Armies',' No Bullets Fly 'and '40: 1' have become the metal hymns of the modern rock generation.

DOPE is a band that combines creativity, personality, and strength to provoke its listeners. The band has six albums. 2018 is the year that their new project is expected to come out - Blood Money, Part 2. DOPE has a huge fan base and is one of the most successful metal bands.

THE RAVEN AGE was founded in London in 2009. The band has played on a scene with many of the big names in rock and metal music. They presented their debut album Darkness Will Rise in 2017. The RAVEN AGE, along with TREMONTI, will be special guests at the Iron Maiden concert on the third day of the HILLS OF ROCK 2018.

Take note that tickets price is unchanged until 20.06.2018 and is as follows:

Tickets can be purchased on Ticketpro and Eventim networks, as well as online at www.ticketpro.bg and www.eventim.bg. 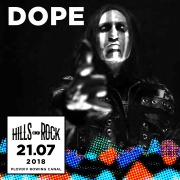 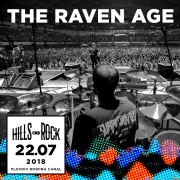 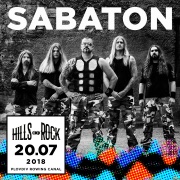