The "Opera Open" music festival is a project by State Opera Plovdiv and one of the highlights of Plovdiv 2019’s programme.

From 2017 the festival mounted a strong array of shows at the Ancient Theatre, presenting premieres, co-productions and hybrid-genre projects. They will all feature active international partnerships and will attract foreign and Bulgarian artists working across Europe and around the world.

Opera Open welcomed, on the stage of the Ancient Theatre in Plovdiv, leading soloists of the largest opera and ballet companies. Over the past years names such as Paata Burchuladze, Hui He, Ana Lucrecia Garcia, Elisabet Strid, Donata D’Annunzio Lombardi, Alberto Gazale, Christian Benedict, Lala Leigh, performers from the Vienna Volksoper and the Budapest Opera, prima ballet dancers from the Bolshoi Theatre and many others.

Part of a 33-year-old tradition, "Opera Open" is expanding, in terms of both genre, spectrum and style, and the realm of opera, by staging productions with thought - provoking, innovative solutions in the fields of instrumental music, opera and dance. Notable virtuoso instrumentalists have performed at the festival since 2017.

Apart from opening up to various genres and creative provocations, the concept behind "Opera Open" also aims at attracting new audiences. Shows at the Ancient Theatre are a magnet for wide audiences and suggest more intense experiences of the art created in this emblematic space, whose cultural layers go back centuries. The festival’s mission is to build a different world, one filled with emotion and spirituality, which will turn it into a critical part of the cultural maps of both Bulgaria and Europe.

The highlights in Opera Open 2019 programme are the premiere of ‘Orpheus’, directed by the leading Italian director Stefano Poda, as well as 'La Forza Del Destino' – a large-scale co-production with Teatro Regio di Parma – a Verdi festival, and the ballet performance with stars of the Bolshoi Theatre in Moscow. The festival features world-famous opera performers and conductors from Europe, the USA and Asia, as well as Bulgarian singers and musicians with established international careers. An ancillary LIGHT programme presents concerts, singing shows, and a sequel, in August and September, to ‘NA BIS’ (‘ENCORE’), which features the festival’s best moments. ‘NA BIS’ will take place at the Ancient Theatre in Plovdiv.

State Opera in Plovdiv is among the winners of the prestigious Plovdiv Awards in the field of art and culture for 2019 in the category "Contemporary multi-genre arts" for the gala opening of Opera Open 2019 festival along with other landmark projects for our programme, such as The Prince of the Sea and the Prince of the Earth project of the State Puppet Theatre in Plovdiv and the Odysseus performance of the Drama Theatre in Plovdiv.

Tickets for OPERA OPEN 2019 on sale at EVENTIM ticket offices and online at eventim.bg.

Find details about the State Opera Plovdiv, the Opera Open project and the programme of the 2019 edition - at operaplovdiv.bg и www.facebook.com/events.

Opening of the festival Opera Open 2017

The opening of the festival Opera Open with the concert-spectacle “Orpheus and Paganini” brought more than 2000 spectators into the mythical world of the legendary Thracian singer. For the first time, the facade of the Ancient Theater “came to life” with a unique 3D mapping by Polina Gerasimova, who recreated the ancient legends of Orpheus against the background of the music of G. Arnaudov, K. Gluck, K. Monteverdi, J. Offenbach and others.
See all news 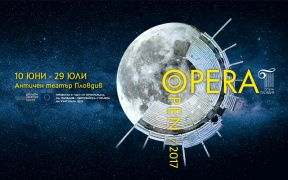 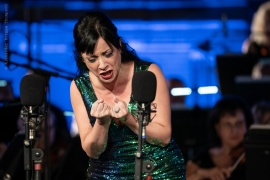 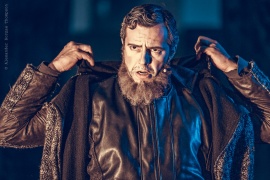 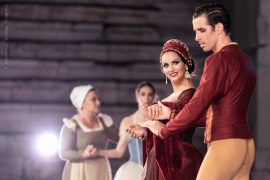 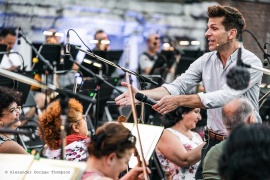 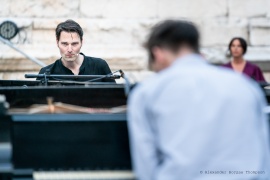 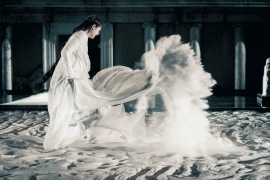 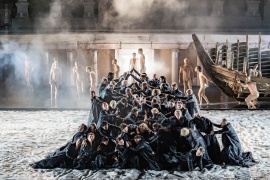 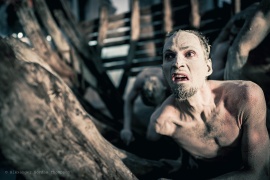 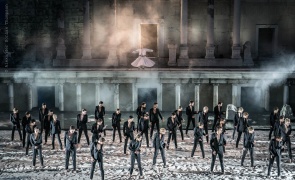 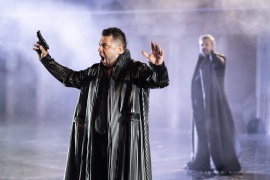 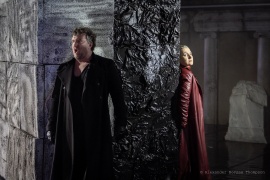 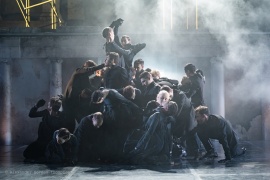 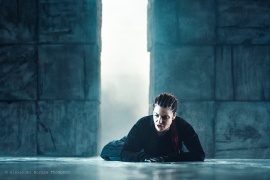 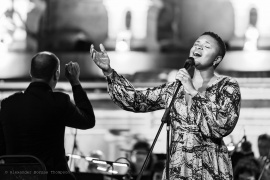 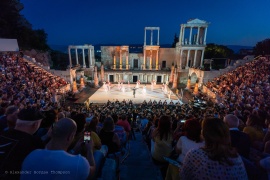 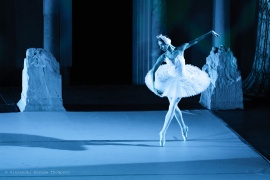 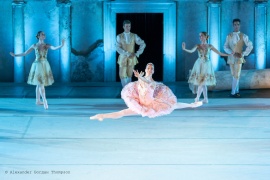 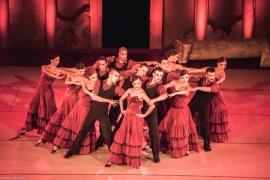 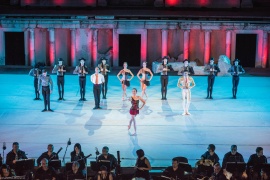