"Kosmos Cinema" is a flagship project in the programme of Рlovdiv - European Capital of Culture 2019.

The "Kosmos Cinema" project is indicated in the preliminary programme of Plovdiv – prepared for the bid to the initiative European Capital of Culture 2019. Since the second half of 2015 (when Plovdiv was officially given the title) the project was updated in a more practical perspective based on the main concept for preservation and renovation of the abandoned building of the former cinema – an architectural heritage from the socialist period in the country.

A key element in this project is the story of the citizens' initiative for saving the building from demolition, which turned the project into something much more than a building and an infrastructure acquisition. Since 2011 the space of the former cinema house has hosted activities related to cinema, visual arts, performing arts, artistic performances, also workshops, educational and entertainment programmes for children. During this time, Kosmos Cinema has naturally become a symbol of civic participation, alternative culture and the youth scene in the city, with the potential to become a new modern cultural center.

"Kosmos Cinema" owns the potential to be transformed into the legacy project of the European Capital of Culture initiative in Plovdiv and to serve as a symbol of the project. Besides the infrastructure investment to renovate the building, a process that has already begun and for which we rely on the partnership of Plovdiv Municipality, the project priorities include the study of good examples and practices and the introduction of new management models for the administration and programming of the cultural center, the inclusion of a wide range of activities and the attraction of businesses as potential partners and also on a content level.

The activities related to the project, which have been carried out so far, include a series of meetings with the main cultural operators in Plovdiv for probing their positions towards the future functions of the building, a partnership for the Color of Cosmos project, realized during the Night Plovdiv Festival 2016, and also the international presentation of that project.

The basic strategy is to connect the cinema in partnerships with similar institutions and spaces within the ECoC network, to generate content related to music, cinema, contemporary culture and youth projects, both inside the space and outside in front of the Kosmos Cinema, as well as in the various districts of Plovdiv.

The cinema house is a common venue for events from some of the large festivals in Plovdiv and major partners of the Plovdiv 2019 - European Capital of Culture program – such as the Night of Museums and Galleries in Plovdiv and the Design, Architecture and Dance Weeks of One Foundation. "Kosmos Cinema" is also the subject of exchanges with other European Capitals of Culture such as Paphos 2017, Matera 2019, at exhibitions and discussions.

On April 22, 2019, the Municipality of Plovdiv announced an architectural contest for the elaboration of a conceptual design project for a major renovation of the "Cosmos" cinema. Until June 16, 2019 the applicants will be able to offer their concepts for the future use of the iconic building as well as the square space in front of it. More details you can find in Bulgarian Language here. 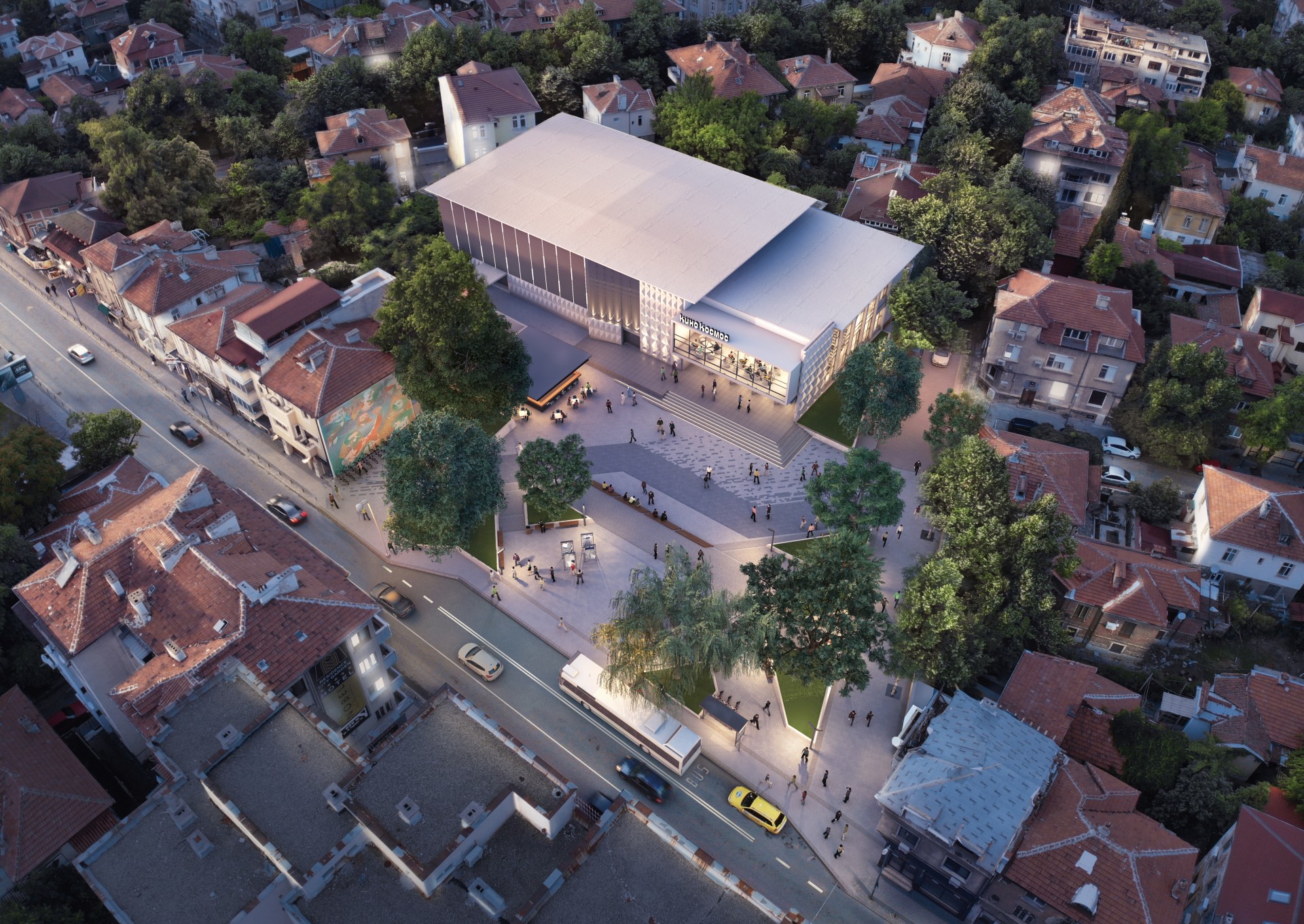 Also connected to the project is the thesis of the Bulgarian architect Ivan Cholakov (Mr Cholakov graduated in architecture from the University of Architecture, Civil Engineering and Geodesy in Sofia in 2011. He holds an MA in energy efficient design from the Augsburg University of Applied Sciences), which he offered us as a blueprint for capturing the building’s inherent potential. His hope is that his work will directly contribute to or indirectly stimulate ideas for the future life of the building and the entire city.
Mr Cholakov’s thesis, which is titled “Parametrically Optimized Passive Strategies for the Energetic Refurbishment of the Kosmos Cinema in Plovdiv, Bulgaria”, analyses and explores the Kosmos Cinema.
The work deals with the energy rehabilitation of the cinema’s existing buildings and their functional reintegration into and adaptation to the needs of contemporary society. The research and analysis are in line with current global tendencies in the fields of architecture and construction in the context of the forthcoming transition to renewable and climate-independent energy sources. Seeking the most economical solution, the work assesses possibilities and approaches for achieving exploitation comfort in a building without the need for electric air-conditioning. The thesis and the functional concept are based on a proposal for turning the building into a centre of culture. 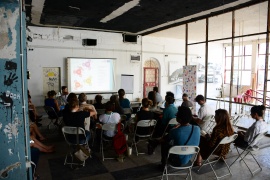 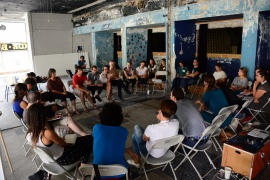 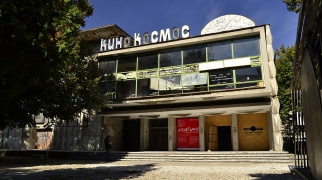 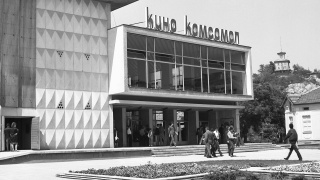