This statistical data is transformed into the intriguing basis of "100% Plovdiv" - a performance by one of the most famous groups in the field of documentary theatre in Europe – the German Rimini Protokoll.

Where: on the stage of the Drama Theater in Plovdiv.

A portrait of the city by 100 people: check details HERE.

To watch 100% Plovdiv, you only need to get your FREE ticket.

If you prefer, you can pre-book your place online until October 15th. To do this, you need to send an email to rsvp@plovdiv2019.eu with name for the reservation and for which of the four dates. You can pick up your tickets up from the theater ticket office up to 30 minutes before the beginnig of the performance.

A maximum of 4 seats can be saved per name!

This unusual documentary performance "enters" into the local community and selects 100 of its representatives.
The selection process can be described as a chain reaction – only the first participant is chosen by Rimini Protokoll and VOX POPULI Documentary Studio.

He/She should know the city well and be willing to launch this ambitious project. He/She has 24 hours to recommend another participant who then has 24 hours to find the next one and so on until the last participant is chosen. They all should meet certain statistical criteria like gender, age, neighborhood, social status, marital status, political bias, and represent a mirror image of the local community.

In the final performance, the actors are all united on the stage - creating a choir that has never been rehearsed and being a sea of ​​voices on a 100-square-meter stage.

These 100 citizens create a living, breathtaking portrait of the city: partly theater, partly reality, but 100% Plovdiv.

The very first "100% City" was set up in 2008 in Berlin. Since then, the show has been performed in London, Paris, Marseilles, Vienna, Cologne, Dresden, Copenhagen, Amsterdam, Riga, Tokyo, Philadelphia, Sao Paulo, Melbourne - over 35 cities. Each city has its own different performance and bears its name within the general context of the Rimini Protokoll concept.

Helgard Haug (1969), Stefan Kaegi (1972) and Daniel Wetzel (1969) met at the Institute for Applied Theatrical Studies in Giesen (Germany) and later began working together under the name Rimini Protokoll.

They are recognized among the leaders and founders of the theatrical movement known as "Reality Trend" ("Theater der Zeit"), which has a strong influence on the alternative theater scene of the 21st century.
"Rimini Protokoll" attracts the attention of the international artistic community with their projects, which are on the borderline between reality and fiction.

In 2009, in Berlin the theater company turned the annual Daimler shareholders' meeting into a performance.
In Berlin and Dresden, they built audio installations through which one can listen to Stasi's original protocols by using their phones supporting the Android operating system.

In Hamburg, they organized a "Weltklimakonferenz" - a simulation of the UN Climate Change Conference.
Their most recent artistic production is the "Staat 1-4" tetralography, with an emphasis on the post-democratic phenomena.

Since 2000, the Haug / Kaegi / Wetzel trio has placed its "theater of experts" not only on stage but also in different urban spaces, presented by nonprofessional actors called "experts".

“100% Plovdiv” is a project by the Plovdiv 2019 Foundation and the German theatre collective Rimini Protokoll in partnership with Goethe - Institut Bulgaria and VOX POPULI Documentary Studio. 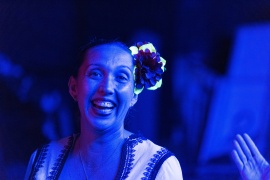 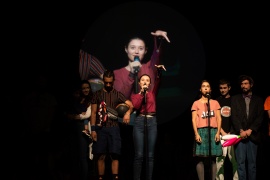 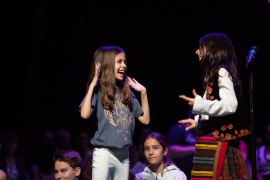 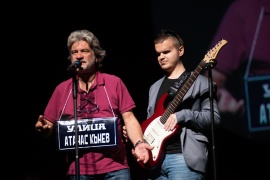 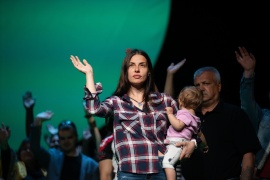 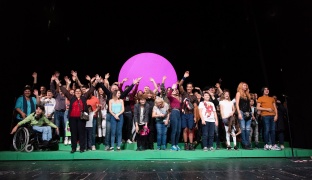 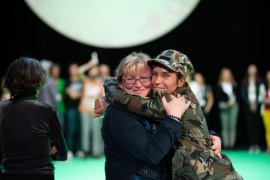 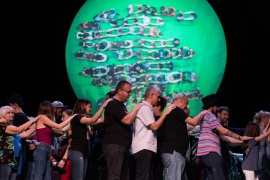