Brussels Balkan Orchestra is a group of musicians based in Brussels, performing authentic Balkan music. It combines professionals and amateurs, young Europeans, including Bulgarian artists. A true symbol of cultural exchange and the passion that pushes young Europeans today into Balkan cultures.

Brussels Music Balkan Orchestra offers up-to-date arrangements of some pearls from the traditional repertoire to bring back a rich and elegant version. Over the past two years, they have performed in Belgium and the Netherlands, but also in Bulgaria, Hvoina, Chepelare, Svejen.

The Brussels Balkan Orchestra Concert in Plovdiv will be held on 10 August at 8pm at the Roman Stadium with free entry!

Nicolas Hauzeur first came to Plovdiv in 1998 following his meeting with Yvan Spassov, then director of the Academy of Music, Dance and Fine Arts. He then develops exchanges between musicians from the Balkans and helps to make known the Bulgarian artists in Belgium in France and in the Netherlands essentially. At the same time he transmits Balkan music to young musicians in Belgium. It is through this process of exchange that the Brussels Balkan Orchestra was gradually born.

This is a project of the KOPANICA ASBL, associated with the programme of Plovdiv 2019. 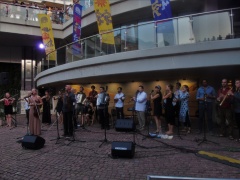 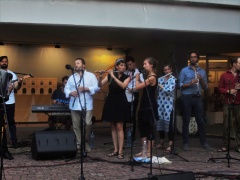