‘Changing’ is a dramatization of ‘Metamorphoses’ by the Norwegian actress Liv Ullmann, and is the first solo performance of the actress Yoana Bukovska-Davidova.

This is also one of a handful of theatre spectacles in Europe to feature augmented reality.

A National Tour for 'Changing'

The play is in Plovdiv also at 7.30 pm on 11 and 17 October 2019 at the Chamber Hall (Plovdiv Drama Theatre). The focus of the dramatization, which is Ms Bukovska-Davidova's own project, is the Actress, She, who displays a multitude of faces without anyone ever knowing the one that's truly her own. On its part, her true self is manifested through stories and people, through childhood fears, up to the internal insecurity of a working mother, with all the attending emotional breakdowns, creative high points and failures. Liv Ullmann wrote her book at an age quite close to the one Ms Bukovska-Davidova is now. That explains why the boundaries between the two appear blurring, and ultimately dissolve in the confessional space of the Actress as a human being.

Apart from the emotional human part, ‘Changing’ engages the spectator by uniting the audience, the performer and the stage through the use of innovative technologies in the theatre space. Building on the theatrical conceit, the show uses the spectators' smartphones to add elements of augmented reality and 3D mapping. The audience will be invited to participate directly in the creation of stage reality and become part of a performance that is so far unique for Bulgaria – one that amalgamates theatre, special movie effects and the actor's performing. 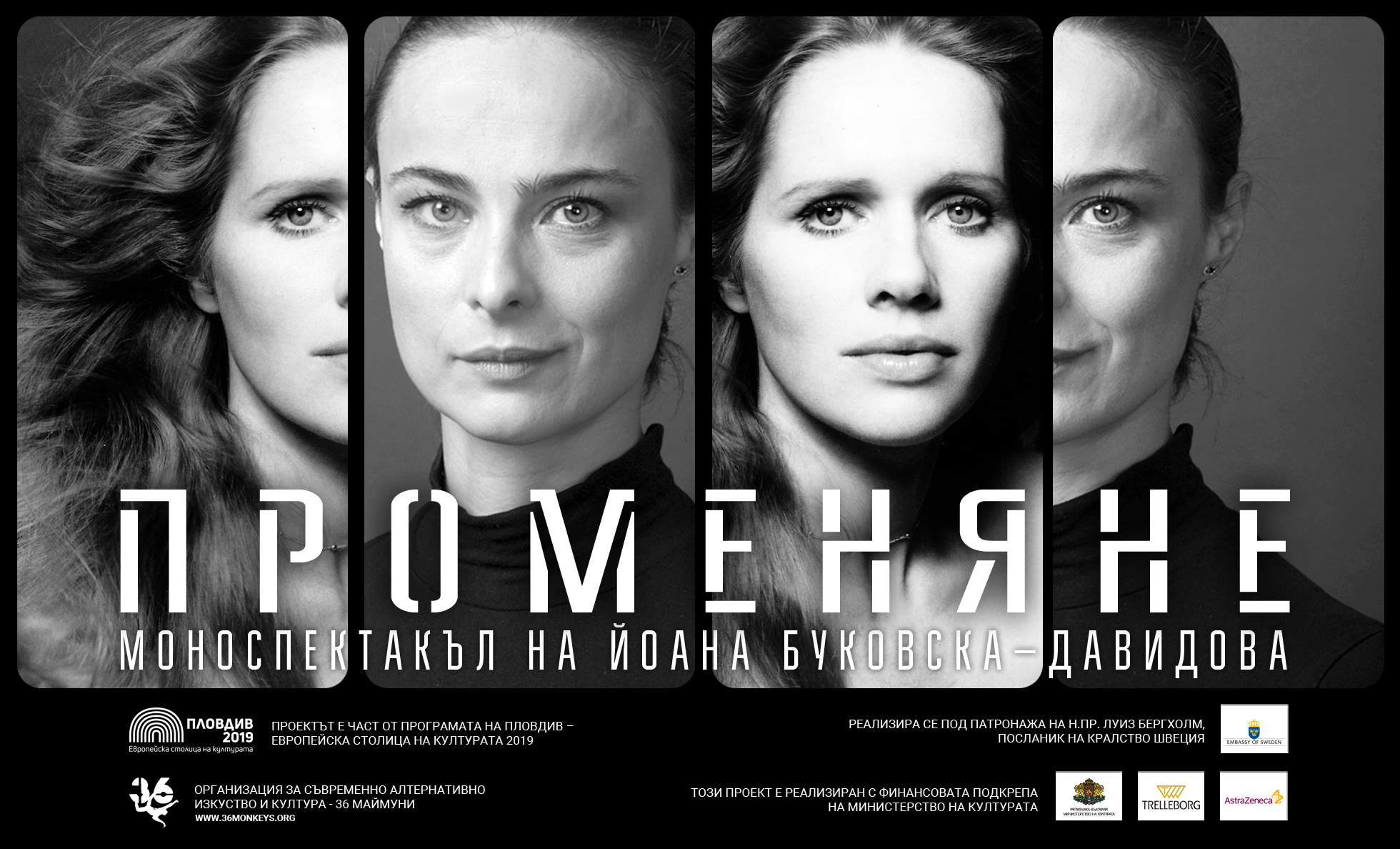 The premiere was on 11 March 2019, at the Chamber Hall of the Drama Theatre Plovdiv.

The project is a production of the Contemporary Alternative Art and Culture Organization - 36 monkeys.