What happened in June a year ago

Plovdiv has been the only Bulgarian city so far to host the European Capital of Culture initiative. In 2019 our city
celebrated this landmark cultural initiative of the European Union.

Each month in “What Happened a Year Ago” we look back at some of the highlights in our programme during the
landmark year 2019. We call to mind this incredible energy and focus on the efforts and creativity of the hundreds
of partners who joined in our programme. More than 300 projects and nearly 600 events engulfed Plovdiv but also
the entire South Central Region as well as the cities in the second round of the competition for hosting the title
— Varna, Sofia and Veliko Tarnovo.

“Listen to Us – Artistic Intelligence,” Deutsche Telekom’s prestigious contemporary art exhibition, was in Plovdiv between 4 April and 20 June 2019. The show added a new dimension of what constitutes an exhibition by offering free educational tours for children and adults alike that helped bring a wider public to the world of art.

We were exploring the interaction between electronic technologies and the urban environment through the Digital Affects: Reflections from the Future, the contemporary art edition of the Digital Ecologies project.

We knew already when was born the alafranga style (in translation: in the French manner) and what was also the name given to the wall niches at houses in Plovdiv's Old Town through The Alafranga Time exhibition of the Regional Museum of Ethnography in Plovdiv (18 April – 18 June 2019)

The incredible concert of Western Balkans Band BG at the Ancient Theatre in Plovdiv united musicians from the Western Balkans. Their engaging music presented the common roots of the history and sound of the Balkan music, offering an incomparable rhythm and spontaneity.

In 2019 children of Plovdiv were invited to join the hands-on construction of their Children City at the Youth Hill. With the help of architects and using entirely ecological and recycled materials, they were able to build various temporary structures on the Youth Hill. From benches and gazebos to whole pavilions, to become a playground, but also in the personification of their ideas how a real Children's Town should look like. And of course they had a lot of fun, too…

The magical OPERA OPEN festival features once again world-famous opera performers and conductors from Europe, the USA and Asia, as well as Bulgarian singers and musicians with established international careers at the emblematic space of the Ancient Theatre, whose cultural layers go back centuries.

We had the chance to follow our adventurous spirit with Season Five of National Geographic and EXPLORE BULGARIA: PLOVDIV. The edition, which was part of the programme of Plovdiv2019 and is dedicated to our city, comes in six episodes, each of them exploring a different subject. We saw this urban expedition under the guidance of the popular journalist and blogger Dragomir Simeonov. Link to Season Five (in Bulgarian): https://bit.ly/3aWBDfS

Plovdiv Medical University‘s Student
Residence Halls were turned into a stage of aerial dance. The French artistic company ‘ACTE’ presented its ‘LIEU d’ÊTRE’ (‘A Place of Existence’). It moved up the everyday city environment and transformed our idea of the city and its inhabitants.

The amazing ABC’s of Polish Design exhibition we celebrated 100 years of
Polish design, introduced 100 design objects and 100 stories about design.

The space of the Plovdiv's Fair barely gathered those wishing to become part of the Anime & Gaming Festival, dedicated to Japanese popular culture.

The magnificent and talented Bulgarian actress Snezhina Petrova became part of the process of creating the large-scale spectacle of MEDEA with director Desislava Shpatova at the Ancient Theater in Plovdiv on June 28, 2019. The natural elements intertwined in this play, which has brought in collaboration established personalities from the world of theatre, and children from various communities in Plovdiv – Roma, Turks, Jews, Armenian and Bulgarian, exploring different aspects of diversity – generational, ethnic, linguistic – and those concerned with stage interpretation.

In 2019 HILLS of ROCK festival and the magic of rock music once again conquered Plovdiv and brought unique emotions to the fans! Some of the world’s greatest rock stars, each marked by its own music style and sound, came out on different stages. The festival united the emotions and memories of more than 40,000 fans, who can experienced 'live' the performances of Disturbed, Whitesnake, Garbage and over 40 Bulgarian and foreign artists.

Check out all the public events in June 2019 HERE. 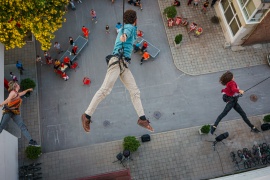 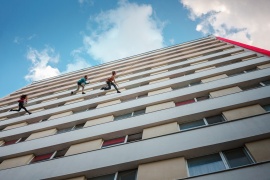 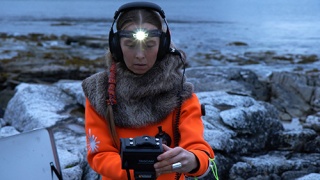 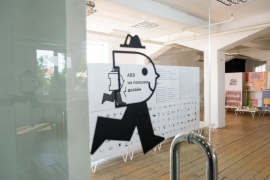 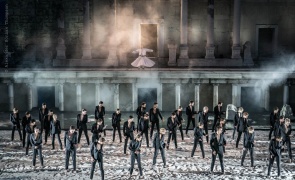 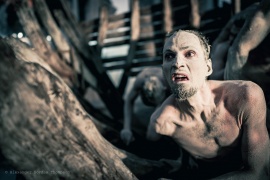 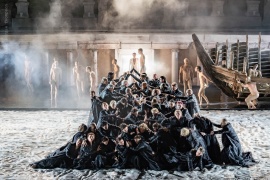 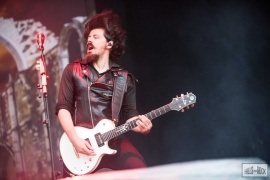 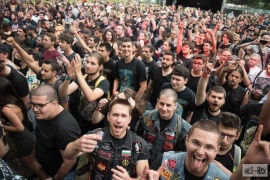 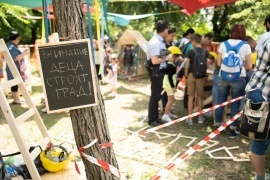