When I look out of my Novi Sad apartment window down on the street, there isn’t a living soul to be seen. In the evening, when I watch TV, there is a succession of footage of boulevards and city squares – European capitals shine, bathed in sunlight, yet only occasional passers-by can be observed in them. Who are these people, I wonder. Lonely drifters without a home and homeland? Wandering European Sisyphuses? The last of the Europeans who refuse to acknowledge the imminence of the threat? The adventurers of the leaden silence that presses the sun-lit continent? The glow evokes a past long gone, but this stone-cold silence evokes only the menacing present and future. Unamuno was right: it is not enough to treat the epidemic, to cure it; one must know how to mourn it.

​To treat and to mourn. This ambiguity determines the time we live in.

In the past few decades, joyful and proud Europe, while retreating into solitude, has encountered the Great Unknown. It has been through cataclysms, epidemics and disasters before; only the causes of those Biblical apocalypses were not unknown. The devastations were brought by wars resembling the end of the world, but their causes were known to us – or at least we thought they were known to us. There were other kinds of devastations: plague, cholera, Spanish flu, things that took millions of lives, heralding the end of the world, and for all these we knew the answers to the question, why? These outbreaks were interpreted as God’s punishment, or were justified as consequences of wars and poverty, but for the coronavirus, there is no explanation. We lived in peace and prosperity, full of European self-confidence; now, there is no explanation. With this new epidemic we are fated to turn inward in order to search for the cause of our suffering.

The absurd solitude of Europe has become a reality. With great difficulty, the European citizen has reached a point from which they are forced to think deeply about themselves. In hospitals and clinics people are tested for coronavirus; in return, the coronavirus is testing us.

What is it that we missed several decades back?
​
Let us be optimistic: at some point we will overcome the dramatic attacks of the coronavirus, but what about us? Intellectuals, politicians, scientists, as well as ordinary people tell us that life will never be the same again. The question is: what will it be like?

We are standing alone before the future, like the hero of Kafka’s story “Before the Law” who stands at the gate of the law seeking permission to enter. He asks the gatekeeper when he will be allowed to cross the threshold, but he is never issued a permit. The gatekeeper warns him: after this gateway, there are new ones, guarded by far more imposing gatekeepers. The citizen waits patiently for years, his eyesight deteriorates, his hair turns gray, he can barely stand on his feet. In the end, he asks in a feeble voice why it is that, as far as he knows, everyone is trying to enter the law, yet nobody has asked for a permit to enter through this gate but him?

The guard bellows, though not entirely without sympathy: this gateway is for you alone to enter. Then, in front of the gravely ill man, he locks the gate.

This is what the European does today – they stand shuffling their feet at the threshold of the European Union, just like Kafka’s character before the law. The states have already entered through the large gateway, but the people, the individuals still haven’t crossed the thresholds of their gates. Every single citizen has a separate gate through which they are supposed to enter, and they must not wait for a gatekeeper’s permission.

In front of the gates there are gatekeepers of nation states; they neither prevent people from coming in, nor hand out permits to do so. And they guard the gates believing that they are the only ones who possess the European citizen, and that this right does not belong to each and every one. And the citizens wait obediently. Everyone in front of their respective gate.

And so we are standing in front of the European Union’s gate, in our helpless isolation imposed on us by the coronavirus. And we will stand in front of that gate until we reach our own individual decisions, in this absurd solitude, to cross the threshold of the nation state, believing that the European Union is not just about a common currency, not only about economic policy, but also a result of a personal decision; that it is our common soul and our culture. 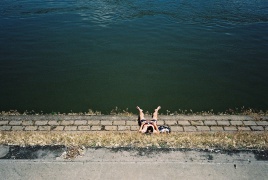 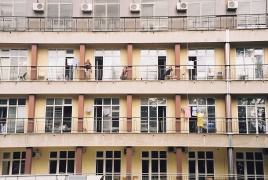