Decide not to serve him any more, and you will all be free. I do not ask you to remove him or push him away, just not to hold onto him, and you will see how, like a colossus whose feet have been removed, he falls into destruction under his own weight. But perhaps, as the doctors warn, one should not try to cure incurable diseases, and it may be wrong for me to tell people this because they have long since lost awareness of their disease, and in this way it has become deadly. Let us try, however, to understand, if we can, how deeply rooted this stubborn will to serve is, to such as extent that the love of freedom itself is not considered natural.”
[Étienne de La Boétie, Lecture on Voluntary Slavery]

Étienne de la Boétie wrote that when he was 18. He was a renowned politician and public servant in his day, a close friend of Montaigne, moving in the corridors of power and among the aristocracy. And yet it has been said that the seeds of civil disobedience and anarchism are to be found in his writing.
Montaigne looked with profound irony at the world from his castle. I, on the other hand, have to look at the world from this balcony as I read Montaigne. A cat is staring at me from a neighbour's balcony. He seems to be reading the book along with me. People don’t take cats out for a walk. Only dogs can be taken out. Children and cats are at home, and they are howling.
In the cat’s eyes, however, I see no sorrow for not being able to leave the house, no sign of the chains of prohibition. I’ve stopped reading Montaigne and started reading in the cat’s eyes. All of Bakunin’s anarchism fits into one of his eyelashes.

He’s just winked. He looks at the world with a cosmic indifference from his balcony. With another wink it turns all of Montaigne’s irony into dust.
A child comes out onto the balcony. She has taken the cat in her arms. The cat has lets him, gives himself up completely, rubs his head against the girl's front. I hear a slight growl. The child sits in a chair with the cat on her lap. I look at the pages of Montaigne's Essays. From the corner of my eyes I saw the girl staring at me; the cat is looking at me too, as if they are both reading with me. I don’t usually move my lips when I read, but today they are moving on their own accord. 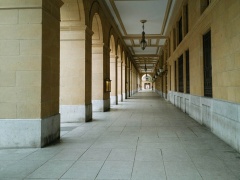 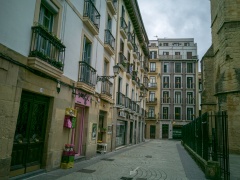 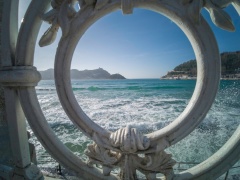 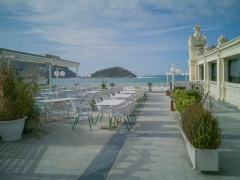 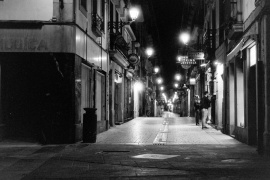