18:00 - Lecture by Boyan Manchev: "Art and its shadow: The dance of darkness and the revolution of the body"

19:30 - Presentation of the new book by Boyan Manchev "Freedom In Spite of Everything", as well as a series of his books, published in the last year in Bulgarian, Japanese, French and English.

About the lecture: Can art be not just revolutionary, but a revolution in itself? What is a revolution of the body? Can revolution transform not only the world but also the subject itself? These seemingly fantastic questions will be addressed through the prism of the radical art project of the creator of the butoh, the dark dance, Tatsumi Hijikata, whose culmination in 1968 was a direct action at the heart of the Real. The lecture-intervention will present untranslated texts of Tatsumi Hijikata and a fantastic philosophical interpretation of the connection between the legendary spectacle "Tatsumi Hijikata and the Japanese people" and the structure of the Real.

What is freedom in a philosophical sense? Is it necessary for a philosophy of existence or an ontology to begin with the idea of ​​freedom? Is an ontology possible other than one whose effective force is freedom?

Based on a supercritical reading of Kant's Critique of Pure Reason, focusing on the paradox of freedom in Immanuel Kant, Boyan Manchev aims to defend the idea of ​​freedom as an ontological condition of existence and at the same time as a necessary modality of philosophical action.

The first volume of "Freedom In Spite of Everything", "Supercriticism and Modal Ontology", examines the hypothetical modal foundations of transcendental philosophy, aiming to mobilize them supercritically in the direction of an ontology of the necessary world, which opens the horizon of the second volume. of the book.

"Freedom In Spite of Everything" is the most elaborate expression in Bulgarian of Manchev's project for a modal ontology of existence, developed in the last two decades.

Ex corpore project, is implemented also with the financial support of the Culture Program of Sofia Municipality and the Ministry of Culture, and with the assistance of Swimming Pool, ETUD Gallery, HaHaHa Impro, ArtFest, Cinema House and DNK is part of the Legacy Programme of Plovdiv 2019 and is implemented by Metheor Association.

Metheor is an art collective, working with stage, visual, textual artistic and critical forms, developing their radical poetics. The central figures of Metheor during its ten-year history are the playwright and director Ani Vaseva, the philosopher Boyan Manchev and the actor Leonid Yovchev. Metheor's projects include 15 written and staged theatre plays and performances, which toured internationally, realised in Sofia, Vienna, Plovdiv, Berlin, Porto, Leipzig etc. They are defined by the group and the interpreters of their work as "theatre of disorganization", "inhuman theatre" and "theatre oratorio" and are based on a strong idea of ​​theater. Each performance of Metheor seeks to invent a unique form based on experimental work with text and productive critique of theatrical techniques. 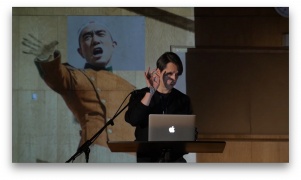 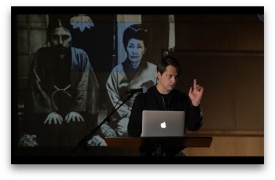 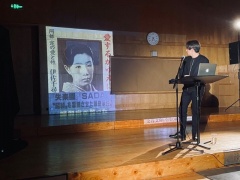