"Fluca - Austrian cultural pavilion" is an innovative project for a mobile cultural scene.

The opening party in July marked the beginning of Austrian presidency of the European Council.

On 11 and 12 July, the program will present the initiative for creation of a long-term and shared strategy for the development of Sofia and the suburban territories – Vision for Sofia.

On 13 July is the screening of Iv Toshain. She will present her 2 video works, reviewing military parade as a political manifestation, but also as an aesthetic act. The video „Refugees“ is produced specifically for FLUCA and will be presented for the first time on the stage of the pavilion.

On 14 July will be the performance of Michail Michailov. This is the first artwork this season, which directly deals with FLUCA’s architecture and turns the container into a mysterious mirror that interacts with the audience.

Оn 15 July - The theme of urban spaces will be on the agenda on 15 July with an event with the participation of the Chief Architect of Sofia Municipality – Zdravko Zdravkov. He will meet with citizens and experts and will tell about the new pedestrian part of Vitosha Blvd., as well as about the International contest for the conversion of Sveta Nedelya square.

On 16 July - The next day, another cause for urban development will be presented by Hristiana Vassileva and Svetoslav Alexandrov. The Green Line Sofia project aims to adapt the unusable railway lines around the center of Sofia.

The presence of the art container will end with a party of the experimental collective Ropotamo and Parsi on 20 July.

On 27 July will be the concert of Turumtay Zaric – a famous formation for experimental jazz from Vienna.

On 28, 29 and 30 July, the video installation of Sibin Vasilev and Yoann Trellu will be presented. The first part of the work has already been presented with great success at the LS43 gallery in Berlin, and FLUCA becomes the scene for the continuation of this project.

On 31 July, Luiza Margan creates a performance that mixes abandoned advertising signs from the urban environment in Sofia with experimental sound.

"FLUCA - Austrian Cultural Pavilion", is a project of the Open Arts Foundation , the Embassy of Austria in Bulgaria and with the support of the Federal Chancellery of Austria.

Details about the programme - www.facebook.com/FLUCAAustrianCulturalPavilion 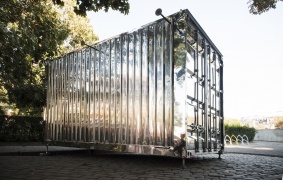 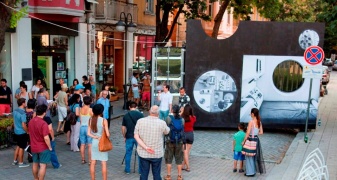 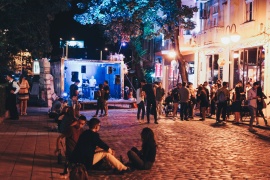 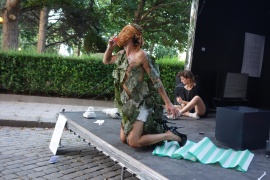 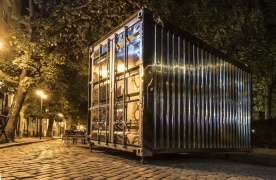 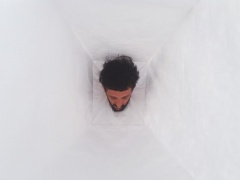