Marketing Effect for the Image of Plovdiv, Culture, Tourism and Investments

The European Capital of Culture is also an image project, which put Plovdiv on the cultural map of Europe, harnessed energy for the implementation of many projects, triggered the construction of two new galleries in the city, the opening of the Bishop’s Basilica, which is on the UNESCO tentative list. Private investments only in hotels amounted to tens of millions. The dynamics in the development of Plovdiv is proved by its presence in different rankings such as Financial Times’ "Top 10 of the most progressively developing places in the world."

In fact, the strategic work on advertising Plovdiv as a candidate for the ECoC began in early 2013. One of the main communication goals of the project was to upgrade the city's image, taking advantage of the huge cultural, economic and social potential of Plovdiv. Working хationally and internationally, using the momentum and the driving force that this large-scale European brand carries, we increased the popularity of Plovdiv and positioned it as a cultural, tourist and investment centre.

The communication and promotion activities included proven traditional approaches using regional and national media, strategically based advertising campaigns to promote the project and the image of the city, daily work on social media, providing information about specific opportunities for joining the project for participants, viewers, volunteers. But we wanted something more – to create an emotional connection with what is happening in Plovdiv, a way to feel the pulse of the city, in a casual and unobtrusive way.

That is why we accepted and took advantage of all the opportunities that opened up before us – we organized journalist tours, providing an opportunity for representatives of leading international media to experience the hospitality of Plovdiv and its distinctive rhythm of life. Plovdiv partook in the creation one of the most successful Bulgarian films for 2019 – Reunion, which, in its own way, presented the charm of Plovdiv and its spirit. We presented attractively in the National Geographic Traveller series issues, related to the archaeological and natural resources of the city, and to their preservation.

With the business partners who believed in the worthiness of the ECoC project, we created co-branded products, that linked the history of the city to the world of contemporary people.

In partnership with the Ministry of Tourism, the Ministry of Foreign Affairs and with cultural institutions abroad, we implemented successful advertising campaigns abroad, i.e. in Rome, where the campaign showed our links with the Italian ECoC – the city of Matera. Our joint work with the only airline that operates flights to Plovdiv Airport directly contributed to the significant growth in air traffic passengers who chose to visit the city.

These are just part of the marketing strategies and tools that, before and during the title-year, contributed to the success of Plovdiv as an ECoC, with a potential audience of over 2 billion people worldwide.

Read the full document with the Marketing Effect HERE or online HERE. 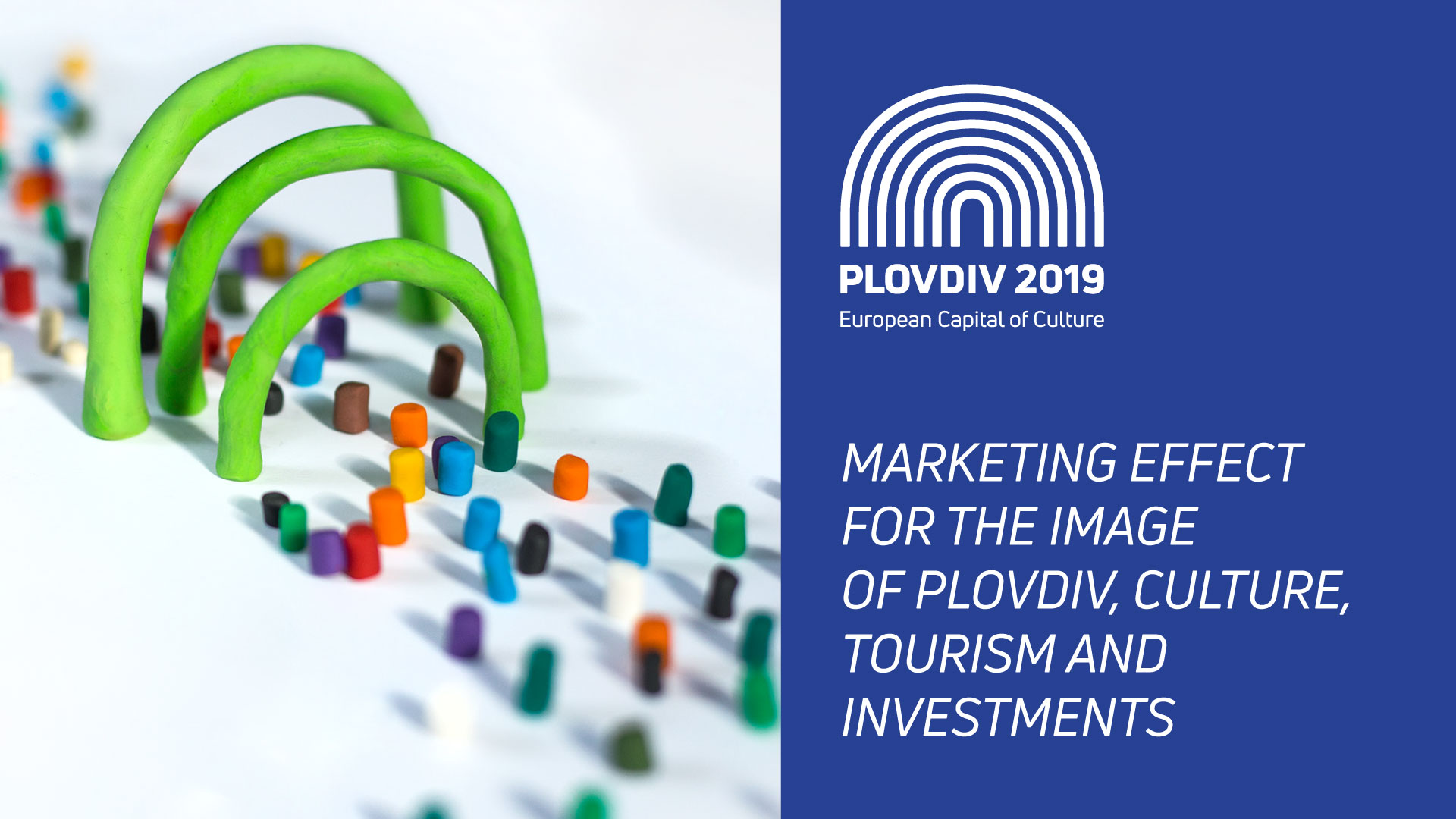