After four years of intensive preparation, the official program of Plovdiv - European Capital of Culture 2019 is already a fact and includes over 300 projects with nearly 500 events. The first Bulgarian city, chosen to be "European Capital of Culture", will realize one of the richest and most diverse programs created within the project. The events covered the whole region as well as the final cities of the second round of the competition - Varna, Sofia and Veliko Tarnovo.

Each month in the program for 2019 there is at least one special accent that will attract in Plovdiv a wide variety of audiences. The large number of festivals, shows, exhibitions, concerts, games, outdoor sports are the result of a long process that has transformed culture into a major catalyst for change for the city and helped to realize the long-term goals of the project-improving the economy and people's lives and the strengthening of communities.

The highlights of the program for the next year, in which the city will be the European Capital of Culture, were presented on September 5 with an impressive performance in front of 500 guests at the Drama Theater - Plovdiv, broadcast live on the Internet. "Every Plovdivian gave something of his own. The city gained prestige and image in the years of preparation, doubling the number of nights spent by tourists, visitors оf the "Old Town" increased by 40%, and this year we expect more than one million visitors, "said the Mayor of Plovdiv Ivan Totev, offical guest at the official ceremony.

Some of the highlights have been launched since last year to develop to their full scale by 2019. The selection also includes the new festivals that the city has acquired in the process of preparation and some traditional events but with a significantly upgraded program. The presentation also included the directors of seven European international cultural institutes in Bulgaria, with which the Plovdiv 2019 Foundation actively partnered.

In her presentation, the artistic Director Svetlana Kuyumdzhieva highlighted the contribution and heritage of the European Capital of Culture in the numerous international partnerships and local organizations and artists, the protection that the project has provided for important urban areas and the special Balkan and Plovdiv footprint on this European initiative. One of the emotional culminations of the show was the appearance of the entire team of the foundation. "Plovdiv is differently read on the European and world stage. "Together" is not just a word, it is a cause that brings Plovdiv people in their hearts and has long been not just a Plovdiv scale, "said Deputy Minister of Culture Amelia Gesheva, official guest of the event.

Plovdiv was аnnounced as a European Capital of Culture on 5 September 2014 after more than two years of national competition. The date is already emblematic for the city and is celebrated on a new tradition each year, along with the national holiday - September 6th. At the end of the race, the international jury chose the winner between the concepts of Plovdiv, Sofia, Varna and Veliko Tarnovo. The team successfully defended its work and the implementation of the concepts from the Plovdiv application book before an international jury of the European Commission and deservedly won the city and the award Melina Mercury. The program has been selected from 15 open calls held over the last two years, with over 1400 projects of artists and cultural organizations from around the world. In 2019 the two capitals of culture Plovdiv, Bulgaria and Matera, Italy will partner, presenting their countries and the cultural trends of the old continent.

The European Capital of Culture is the largest cultural project of the EU with a rich and authoritative history for more than 30 years. Every year, every citizen of Plovdiv will be not only a citizen, but also a host and ambassador of the initiative.

More information about program highlights and events can be found here: http://bit.ly/ ProgrammeHighlights

Watch the ceremony at the Plovdiv Drama Theatre here: 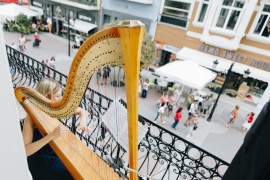 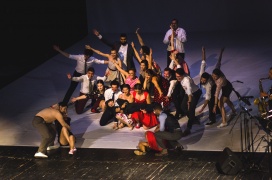 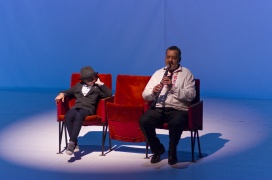 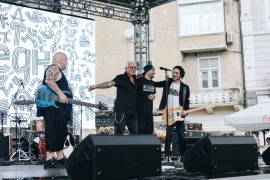