The location of the festival will enchant you. A combination of an industrial urban environment with a spacious green area, creating a counterpoint feeling - you think that you are not in the city, but in fact you are. The location for the fest is in the Trakia district in Plovdiv, it is communicative, there is public transport, bike lanes nearby, parking space. You haven't been to a place like this in a long time, and maybe never. 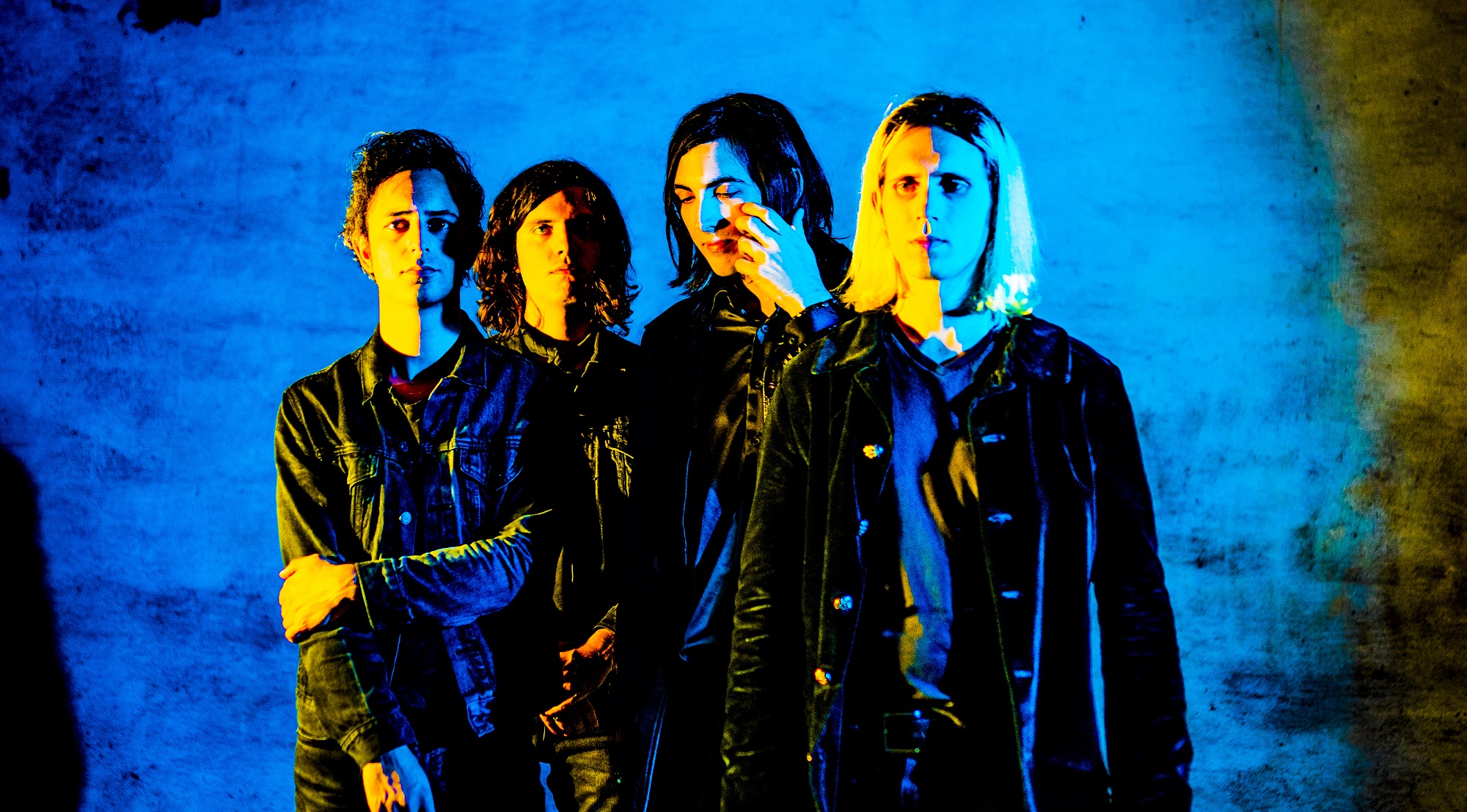 The line-up of Electric Orpheus 2021 offers a quality selection of international and Bulgarian bands and artists who will present an inspiring production - a premiere of their new albums and releases for top world and Bulgarian labels. New Candys (Venice, Italy) conquered a new modern rock'n'roll peak, produced by Grammy winner Tommaso Colliva. Bazooka (Athens, Greece) switched from an American to a Greek label and put out an amazing punk-rock power, a truly inspirational band. Yo No Se (Bristol, England) are working with the producer of Nirvana's first album... Unforgettable emotions in various styles await us also with Dogs in Kavala (Belgrade, Serbia), Strawberry Pills (Athens, Greece), Nixxon (Copenhagen, Denmark) ), Jufkamental (Mostar, Bosnia and Herzegovina), Heptagram (Sofia, Bulgaria), Gwendydd (Sofia, Bulgaria). More artists to be announced.

Learn more about the fest and the line-up on the official website. Add the event on Facebook. There you’ll get the opportunity to participate in fun games, to win albums, T-shirts and other special promo goodies.

Two-day pass, presale, at a price of BGN 45: online at EPAYGO.bg, as well as physically at all EasyPay box offices throughout the country.

Green and spacious meadow, surrounded by industrial warehouses. In Plovdiv. The best solution, a combination of an open and attractive place, easy logistics for the fans, and greater general safety. Public transport, bicycle lanes, parking lot. The city of Plovdiv offers a variety of accommodation options in compliance with all safety measures and high hygiene. МАP

October 8 and 9. After lengthy consultations with the artists and taking into account the general epidemiological situation, the event was decided to be at the beginning of October. T

New Candys are back! With a brand new album, fourth in a row, out in June 2021. Hailing from Venice, Italy and formed in 2008. Described as dark modern rock’n’roll, the band combines noisy, brooding sounds with distinct melodies while displaying a dynamic and symbiotic connection between their music and meticulously crafted visual imagery.
“New Candys sound like something between The Stooges and The Jesus And Mary Chain. Super wild and super cool.”

Bazooka melds 1960s mini skirt swinging melodies with manic rock n’ roll riffs and desert acid psychedelia. Bazooka were formed in Volos, Greece in 2008 and since then they are based in Athens. The band have toured around Europe several times and around the United States. To make their sound even more interesting, they have started writing their songs entirely in Greek. Bazooka have released five EPs and three studio albums: “Bazooka” (2012), “Useless Generation” (2016), “Zero Hits” (2019).
"These psych-rockers were demolition machines in their previous life and now they’ve come to take revenge."

Yo No Se are Bristol based 3 piece. Mixing 70’s heavy psych, grunge, hard rock and a little prog they create a highly charged and hypnotic sound. Yo No Se will release their sophomore album in June 2021 and can’t wait to hit the road and go up to 11. If you're into Stoogey punk freak-outs and heavy, throat-shredding rock and roll, then this band will take you to the sweet spot. Both their debut album Soma and the upcoming second one are mastered by the grunge recording king Jack Endino.
"Totally heavy, six-legged groove machine."

Belgrade psych rockers Dogs In Kavala play 60s lounge pop songs through amps made of asbestos. Instant retro psych-wave cool. Dogs In Kavala, three friends who got together in 2016, found the "Andy Williams Buried Head First In Cement" buttons on their Marshalls and wrote 2017 single ‘Boje’, probably in less time than it takes to play it. And does it sound cool? Too fucking right it does. Their debut album “Zubi” was released in February 2020.
“It sounds like boho motorbike subversion opium sex incarnate.”

The Athenian duo Strawberry Pills explore the full spectrum of the dark sound and create tracks inspired mainly by the 80’s minimal movement and post punk, with a few electric and goth elements added. Strawberry Pills have released their debut album "Murder to a Beat" in November 2020 through Inner Ear Records. The songs hypnotize the listener with deep and penetrating vocals on top of dark electro, minimal wave and coldwave mixture.
“Dark sound that reveals a seductive experience of fiction, horror and romance.”

Nixxon is coming to take us straight to Space, dancing. Again! Nikolaj Birgens, aka Nixxon, is a Copenhagen based producer, DJ and musician. A heavy record digger, he has a sweet love for synth, new wave, EBM, italo and cosmic electro. We all remember last time he was around and spinning those records. An experience that takes you to another dimension, and you’ll pray to stay there forever.

After four years of existence, the Mostar trio Jufkamental have released their debut eponymous album in November, 2020. The album’s producer, Sead Zaklan, is credited with both the mix and mastering. The band also collaborated with producer Trevor Gibson, a Grammy Award winner. They sound natural, powerful and convincing. Determination, purity of chaotic sound and interesting energetic twists without any exaggeration, false activism or unnecessary love dramas. Sickly good.

“They’re a lot fiercer than that, it’s a dangerous punk-rock with elements of noise and grunge.”
heptagram is a 4 piece band, the indie/space rock platform of Bulgarian multi-instrumentalist Daniel Ivanov. Heptagram’s music has often been described by many as a blissful journey into another dimension, a flawless mix between space rock, romantic pop, prog rock, ambient and psychedelic. After three previous releases ( 2007, 2012, 2018), in November 2020 the band put out their latest studio album ‘Larval’ and we can’t wait to hear it live.
Gwendydd are four girls from Sofia, packed by the drummer/producer Bambi Nikiforov. It all started in 2018 and in March 2020 "Human Nature" was released, the band's debut album. Ten songs melting the borders between metalcore, melodic death metal and hardcore. Who and what is Gwendydd - Merlin's twin, his mistress or wife, the legend doesn’t define. One thing for sure, these girls will ask you a simple question: are you hardcore enough to bear the reality. 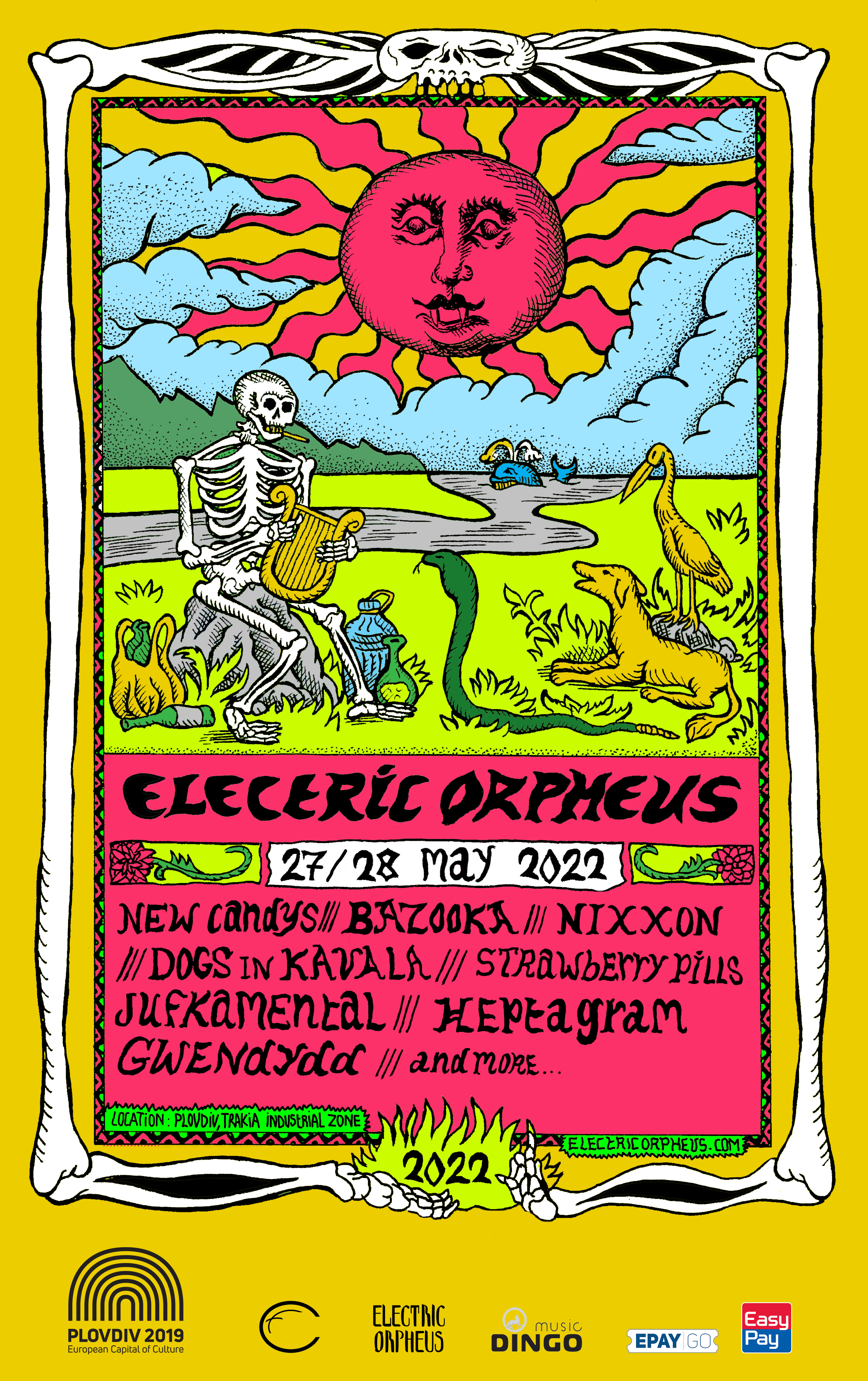 Electric Orpheus 2021 is part of the Legacy programmes of Plovdiv 2019 European Capital of Culture and is a project of Common Future. Its team has been working for years to develop and preserve the independent scene in Bulgaria. Common Future events aim at removing the boundaries between foreign, local artists and the audience. The event locations are carefully selected and shed light on unpopular but suitable and interesting places for culture.