Where: Ancient Bath Halls for Contemporary Art and SKLAD at 16 Ekzarh Yosif Str.

This exhibition will mark the 25th Anniversary of the Week of Contemporary Art.

The process of man’s turning from pragmatism and materialism to the spiritual values of civilization is the message of the video installation “Martyrs. Earth, Air, Fire, Water,” by Bill Viola. It is a modern interpretation of the altar tablet. The journey to self-knowledge and light passes through suffering and sacrifice, through humbling before the power of the elements. On the other hand, man’s dual attitude to nature — at once in awe and in combat with it as a prerequisite for progress — is what connects the works of Stoyan Dechev and Benedikt Partenheimer. The two artists ask themselves the question whether mankind has reached a point where progress threatens to destroy its creators. A similar theme underlies Venelin Shurelov’s film “Black Abstraction” — the work’s foundation is the obsession with the extraction of raw materials, but for the artist the consequence of these troubling processes becomes visible as an abstract idea of contemporary man — with his insignificance, short life and inconstancy — as black smoke above the horizon.

Art documents, reflects and comments on cultural, political and identificatory processes, (religious) beliefs, myths and utopias. The artist comes across as a “tightrope walker” who, in the film by Taus Makhacheva, balances between his or her own inclinations (creative and human) and the norms of society (social and ideological). The artist comes into many other roles: he or she is concerned about what man will leave behind, and becomes a collector of evidence of today’s world (Mariko Hori). Or he or she creates substitute realities himself (scenocosme) as part of various simulatory scenarios of what our digitised future might look like.

Sevdalina Kochevska has focused on the present and its various worlds: not the computer-generated, but the real ones, in which physical and mental boundaries divide groups and communities. Nadia Genova’s interest lies in the individual and the group — who constantly interact.

The works are in a dialogue with the spaces hosting them: while in the former Chifte Banya, with its unique atmosphere, the works lead rather to man’s internal world, inviting contemplation and reflection, the Tobacco Warehouses — and, in a wider context, the whole Tobacco City — provoke artists to “extroverted” works connected to social dynamics, in the context of exhibition space’s past and present functions.

“Constant Rise in Consumption,” the installation by the Swiss artist Delphine Reist, casts a critical eye on capital and its reproduction as a prerequisite for the preservation at all costs of the current economic model this same capital is headed to. Here “reproduction” means permanency that calls to mind, within the system, a closed contour with no way out (Venelin Shurelov). Change requires active involvement. In this sense, Ute Richter doubts the positive meanings of the concepts “hope” or “living in hope,” which for her are rather internal brakes, excuses for inaction and resignation. But anyway, which are the mechanisms that dictate how the individual behaves? What prompts us — or stops us — from taking action? The installation of the 7+1 group sets the scene for exploring these questions.

The clash between the dreams for a better future for the immigrants and the sobering reality of the developed industrial world can be seen in Julian Rosefeldt’s film “Asylum.” In a world that revolves around money (Emil Mirazchiev) the “art” of the deal, according to FAMED, is in equal degrees important and deceiving — it’s never quite clear who is winning and who’s losing.

Two works — one shown at the Ancient Bathhouse; the other at SKLAD — close out the exhibition’s conceptual framework. “Communication and Cohabitation,” by Nia Pushkarova, consists of a single sentence written in Braille script: Through art you change yourself and the world around you; it is the visible thread connecting the real and the sensual. Heather Lenz Kusama's documentary “Infinity,” dedicated to the Japanese artists Yayoi Kusama, shows us that art can turn trauma into a creative force, and the world into a more beautiful and, perhaps, peaceful place to live in. 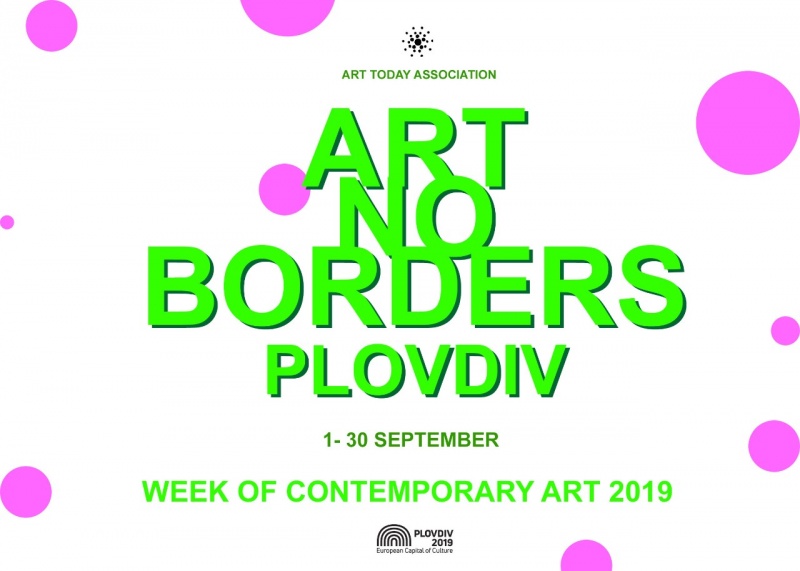 This is a project of Art Today Association. 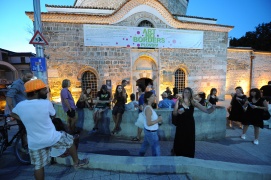 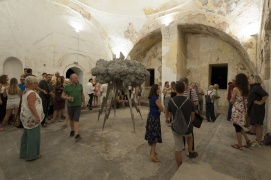 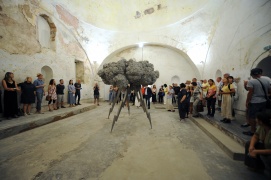 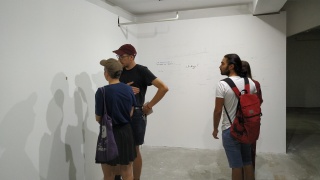 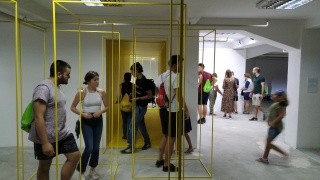 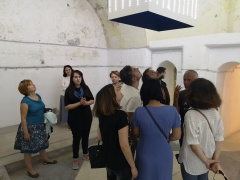 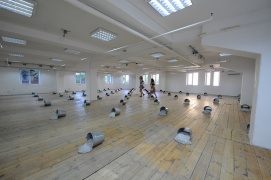 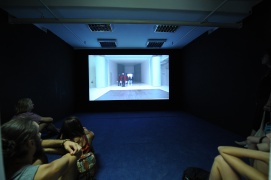 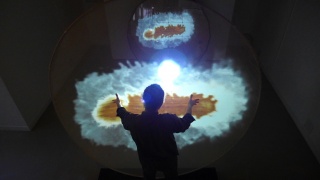 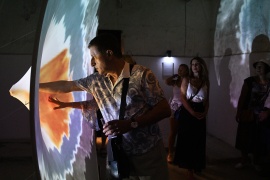