As part of the training of children from different Plovdiv communities, the team of the Medea project has developed a combination of clapping and ancient Greek theatre terms. This gave rise to a campaign for supporting theatre education for children. Take part in it in order to participate in "Medea," a theatrical performance in the Ancient Theatre in Plovdiv on28 June 2019.
See the game #clipclapmedea and the video tutorial by Snezhina Petrova (the actress who will play Medea):

Apart from enjoying the game interaction, the participants will also be able to improve their coordination skills, learn ancient Greek theatre terms and help the idea to reach a wider audience.

Make videos and publish them on Facebook with #clipclapmedea.

The participants with the most liked videos will receive as a gift t-shirts with the project logo, created by the artist Damyan Damyanov.

Those who succeed in motivating and training more than 20 people to play the game #clipclapmedea, and then send their videos as described above, will each receive a free ticket for the June 2019 performance of "Medea" at the Ancient Theatre.

The Clapping Game has also inspired one more project part of the programme of Plovdiv 2019 - please see the artistic action of Hannah Rose in the Art Innovation Challenge initiative of Ideas Factory.

See a video of one of the first participants:

The project is a Legal Art Centre production in partnership with The New Bulgarian University, Alliance for Equal Rights and Sustainability, Arax Foundation, Shalom Organisation of the Jews in Bulgaria, Plovdiv University 'Paisii Hilendarski', and Goethe-Institut Bulgaria.

Campaign, Inspired by the Project „MEDEA", Part of the Programme of Plovdiv - European Capital of Culture 2019 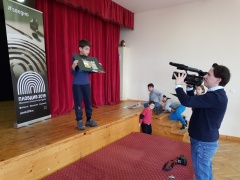 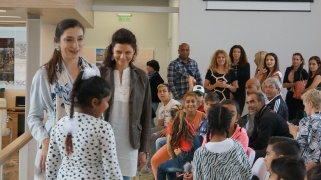 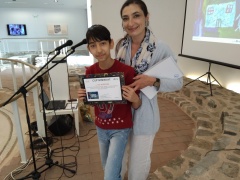 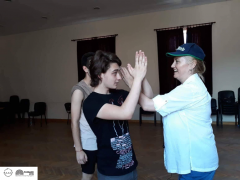 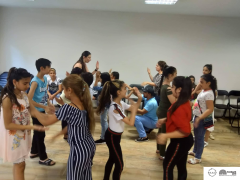